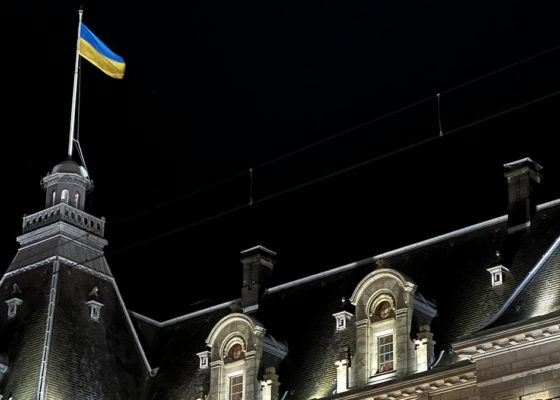 A massive upheaval of the European postwar order and the invasion of a sovereign state puts a damper on the Netherlands’ coronavirus “freedom day”. Politicians roundly condemn Vladimir Putin’s incursion in Ukraine, but only after Mark Rutte makes time to chat about his car on a TV talk show. Three storms caused record amounts of damage to cars and buildings and left four people dead. A suspiciously named brand of gin triggers ‘No Go’ letters from Yoko Ono and an even more suspicious crowdfunding campaign. And we look back to the distant days of last week when the Dutch scooped a sackload of skating medals at the Winter Olympics.

Ophef of the week: Rutte criticised for talk show appearance hours after war breaks out

Ukrainians in Netherlands protest against outbreak of war