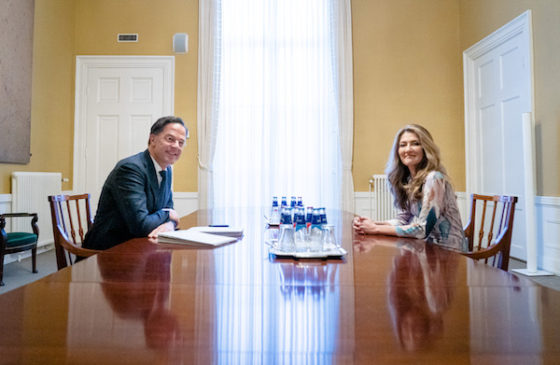 Prime minister Mark Rutte told reporters on Monday he is ‘very happy’ with the new line up of ministers and junior ministers, as he began holding talks with the 28 men and women who make up his fourth administration.

Rutte said earlier that he hoped the new cabinet would bring new elan to government. ‘New elan will be shown in the way things are done. I am hopeful that will happen,’ Rutte said on Monday.

Just nine old faces remain in the new line-up, which is made up of 14 women and 14 men, plus Rutte. Apart from Rutte, all have moved to new jobs.

Minister of Finance: Sigrid Kaag (D66)
A multilingual career diplomat until she took over the leadership of D66, Kaag resigned as foreign minister over the Kabul evacuation chaos.

Minister of foreign affairs: Wopke Hoekstra (CDA)
Hoekstra, leader of the CDA, had wanted to stay in finance but his party’s poor showing in the March general election has forced a change of job.

Minister for foreign trade and development aid: Liesje Schreinemacher (VVD)
A new face in the cabinet, Schreinemacher, a 38-year-old lawyer, was elected to the European parliament in 2019 with preference votes.

Minister of justice and security: Dilan Yesilgöz (VVD)
Born in Ankara and a former Amsterdam councillor, Yesilgöz was elected to parliament in 2017 and has been junior economic affairs minister since May.

Minister for legal protection: Franc Weerwind (D66)
An Amsterdammer with Surinamese roots, Weerwind is the current mayor of Almere. He is also chairman of cycling association Fietsersbond.

Minister of home and kingdom affairs: Hanke Bruins Slot (CDA)
With an army career behind her, Bruins Slot has been an MP since 2010, specialising in defence and local government.

Minister for housing: Hugo de Jonge (CDA)
The current minister of health moves over to housing, where he will be responsible for reforming the Dutch housing market and boosting the supply of affordable homes.

Minister of education, culture and science: Robbert Dijkgraaf (D66)
A scientist attached to Princeton in the US and a popular presenter of televised science lectures, Dijkgraaf is considered the surprise appointment of the cabinet.

Minister for schools: Dennis Wiersma (VVD)
Currently a sitting MP with a background in management, Wiersma has been acting junior social affairs minister since August.

Minister of infrastructure and waterways: Mark Harbers (VVD)
Harbers was junior minister responsible for immigration in the previous administration but was forced to resign in 2019 following a row over a report on refugee crime.

Minister of economic affairs and climate: Micky Adriaansens (VVD)
A senator since 2019 and director at consultancy Twynstra Gudde, Adriaansens started out her career as a lawyer.

Minister for climate and energy: Rob Jetten (D66)
Current leader of the parliamentary D66 group, Jetten is vociferous about climate change and his appointment is seen as a plum for the party.

Minister for nature and nitrogen issues: Christianne van der Wal (VVD)
The CDA chairwoman and provincial council executive in Gelderland in charge of the economy and innovation has the job of slashing nitrogen compound pollution.

Minister of social affairs and employment: Karien van Gennip (CDA)
Was a junior minister under Jan Pieter Balkenende and the first MP to make use of maternity leave. She has a degree in physics from Delft and currently works for ING

Minister of health, welfare and sport: Ernst Kuipers (D66)
Chairman of Erasmus University medical centre and head of the national acute care network, Kuipers has become a prominent personality in the coronavirus pandemic.

Minister for long term care and sport: Conny Helder (VVD)
Director of a nursing home group and chairwoman of the national organisation Actiz, Helder hit the headlines with her concerns about coronavirus in the care home sector. 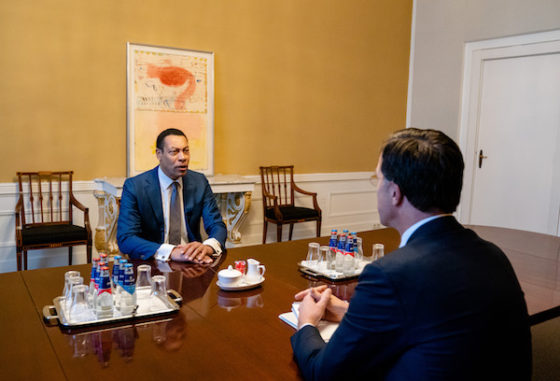 Junior minister for tax: Marnix van Rij (CDA)
A former tax advisor, Van Rij has been chairman of the CDA during the past, turbulent year. His wife is American.

Junior minister for benefits and customs: Aukje de Vries (VVD)
De Vries, from Groningen, has been an MP since 2012 and is now charged with sorting out the childcare benefit tax scandal once and for all.

Junior minister for youth and prevention: Maarten van Ooijen (CU)
At 32, Van Ooijen is the youngest member of the new administration. He is currently in charge of welfare, sport and integration on Utrecht city council.

Junior minister of mines Hans Vijlbrief (D66)
A former civil servant, Vijlbrief was junior tax minister in the outgoing administration and is now charged with sorting out the Groningen gas compensation problem.

Junior minister of infrastructure and waterways: Vivianne Heijnen (CDA)
In charge of regionalisation, housing and social innovation on Maastricht city council, Heijnen is the only person from Limburg in the new administration. Heijnen will be officially described as environment minister at EU events.


Junior minister of culture and media issues: Gunay Uslu (D66)
Cultural historian Uslu is on the board of the several museums. She was also involved in her brother’s travel company Corendon.

Junior minister for asylum and immigration: Eric van der Burg (VVD)
Former leader of the VVD in Amsterdam, Van der Burg is currently a senator. Most famous for his 2017 statement ‘the more refugees the better‘. Van der Burg will be described as minister for migration in an EU context.

Junior minister for kingdom affairs and digitalization: Alexandra van Huffelen (D66)
Formerly head of the Amsterdam public transport company, Van Huffelen has been a junior finance minister charged with sorting out the childcare benefit scandal. Officially she may call her self minister for digitalisation when attending EU talks.