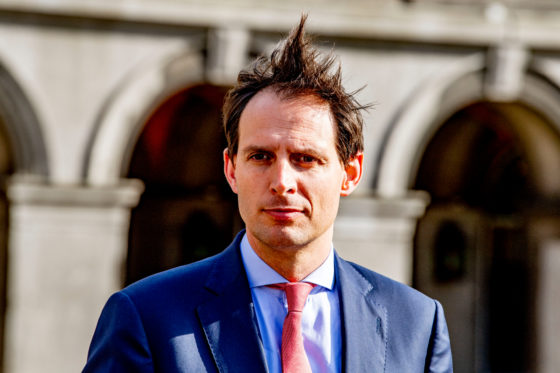 The management board of the Christian Democrats resigned at the weekend in the wake of a highly critical review of the party’s poor performance in the general election in March.

A committee headed by former home affairs minister Liesbeth Spies concluded that the CDA had lost its way and needed to reconnect with its core voters, particularly in younger generations.

The party lost four of its 15 seats on March 17 and was plunged further into turmoil when popular MP Pieter Omtzigt resigned his membership when his confidential submission to the committee was leaked to the media.

Omtzigt also criticised the party’s lack of direction and said he felt undervalued after narrowly losing the leadership contest last July to health minister Hugo de Jonge. When De Jonge quit his post in December to concentrate on the coronavirus pandemic, Omtzigt was passed over in favour of finance minister Wopke Hoekstra.

He also criticised the lack of support from colleagues as he stood up for families affected by the toeslagenaffaire, or child benefits scandal, which brought down the last cabinet.

Party chairman Rutger Ploum stepped down immediately after the election results were declared. The rest of the management committee followed suit at the weekend, with the exception of Ploum’s interim replacement, Marnix van Rij.

The Spies report said the party’s election campaign had been compromised by self-interest and internal conflict, while its ‘capacity for learning’ was described as ‘small’.

‘Sadly we must conclude that many of the previous conclusions and recommendations were not or only partly realised,’ the report’s authors said. They recommended ‘a plan for several years and an annual schedule’ with clearly defined practical goals.

The report also said the party should avoid damaging leadership contests in future: ‘In the course of the leadership elections a situation emerged in which distrust had the upper hand. From the outset the intentions of those involved were called into question and personal relationships were damaged.’

Activists within the party have triggered a special conference at the beginning of September where the CDA’s electoral performance and the fall-out from Omtzigt’s departure.

Hoekstra was not present for the presentation of the report because he was in Venice for a G20 summit of finance ministers, but he said on Twitter that he shared the committee’s conclusions about the party’s failings.

‘We need to operate as one team again and work on the substance, for the party and for the Netherlands.’