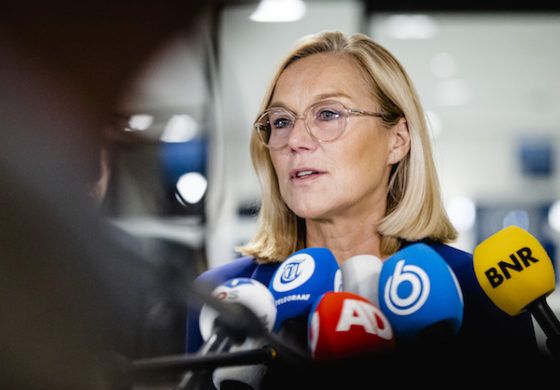 Foreign minister Sigrid Kaag has resigned after MPs voted in favour of a motion of censure against her, following the cabinet’s failings over the evacuation of civilians from Afghanistan.

Dozens of people who should have been evacuated from Kabul were left behind after the city fell to the Taliban, even though MPs had been calling for action for months.

Kaag, who was trade minister until she took over the job in May, said the vote left her no choice but to resign.

‘Parliament has judged that the cabinet has not acted responsibly,’ she said in a short resignation speech. ‘I can do no more than accept the consequences. The minister must go if the policy is rejected.’

Prime minister Mark Rutte said the resignation was a loss for the Netherlands. She is a woman of great stature and well known and respected around the world, Rutte said, referring to Kaag’s past as a diplomat.

Kaag is also leader of liberal democratic party D66 and is involved in the ongoing coalition talks on forming a new coalition government. She will continue to lead the party in parliament and will take part in talks with coalition negotiator Johan Remkes at the weekend.

MPs also passed a motion of censure against defence minister Ank Bijleveld but as yet she has not resigned. Bijleveld is a minister on behalf of the Christian Democratic party.

The Christian Democrats will also be involved in the weekend talks.

Earlier on Thursday, minor coalition party ChristenUnie said it would support the motion of censure against Kaag and Bijleveld for failing to ensure the safe evacuation of personnel and local staff from Afghanistan.

ChristenUnie MP Don Ceder, who went public with the party’s decision, said that MPs had been urging action since before the summer. ‘The urgency which parliament felt was apparently not felt by the ministers responsible for far too long,’ he said.

The Volkskrant reported earlier this week that the Dutch embassy in Kabul had called for action as early as last year.

Ministers said earlier this month that 1,673 people were evacuated from Kabul by August 26 when flights stopped. They included 708 Dutch nationals, 371 interpreters and others who worked for the UN peacekeepers, 211 embassy workers and their families, plus various aid workers and other officials.

In addition, 319 of the evacuees were evacuated under the terms of the Belhaj motion, including cooks, journalists, human rights activists and security guards.

The Belhaj motion is a parliamentary motion backed by a majority of MPs which said everyone who worked for the Netherlands should also be evacuated. Ministers had pledged to carry the motion out in full.