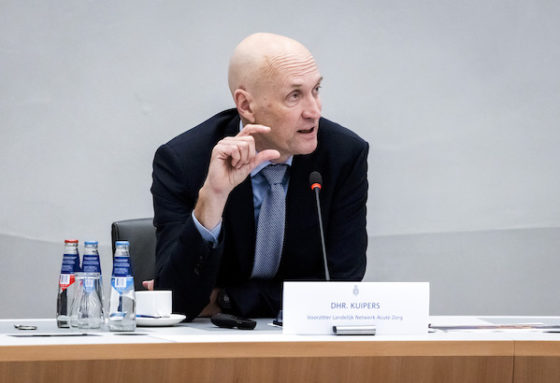 The last few ministerial posts in the next Dutch government were confirmed on Sunday, completing the line-up of ministers and junior ministers in Mark Rutte’s fourth administration

In total, there are 29 ministers and junior ministers, of whom 14 are women – a first in Dutch political history. Among the new faces are Almere mayor Franc Weerwind, who is the minister for legal protection, and Ernst Kuipers, head of the Dutch acute hospital care association, who became a familiar face on television during the coronavirus pandemic.

As expected, Hugo de Jonge is going to housing, where he will be charged with dealing with the shortage of affordable homes in the Netherlands. Wopke Hoekstra, the outgoing finance minister, takes over at foreign affairs.

Rutte will hold talks with all the members of his new team in the coming few days and the ministers will pose with the king on the steps of his Noordeinde palace on January 10.

Just nine of the 29 ministers and junior ministers were in the outgoing cabinet, and apart from Rutte, all those staying put have been moved to new postings.

The complete line up

Ministers of something control a budget and effectively run the department while ministers for something are charged with a particular project and are part of the cabinet. Junior ministers (staatsecretarissen) are not members of the cabinet.