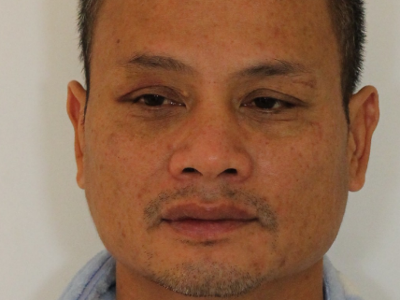 Police searching for a gunman who shot dead a woman in a shopping centre car park have found a car they believe he used on the day of the killing.

The grey Skoda was recovered in Kuinder, a street in the Prins Alexander district in Rotterdam, on Tuesday after neighbours tipped off police. The suspect, 49-year-old Minh Nghia Vuong, has lived in the district for several years.

Police believe Vuong switched vehicles shortly after fleeing the car park in Zwijndrecht after shooting his former partner and her mother on Saturday. The getaway car was traced on Monday.

The 66-year-old woman later died from her injuries. Her 38-year-old daughter survived but was seriously wounded.

Police described Vuong, who fled from Vietnam to the Netherlands as a child in the 1970s, as armed and dangerous, and warned the public not to approach him.

Vuong has an long criminal record going back to 2004 and had eluded efforts by police to catch him for several years, earning the nickname ‘lucky’, AD reported.

He was sentenced to six and a half years in prison in 2010 for his part in a ‘rip deal’ in Rotterdam and was jailed again in 2017 for his part in an armed robbery in which three men stole €260,000 from a money courier.

Police said he had an extensive criminal network and was a ‘professional’ car and numberplate thief.