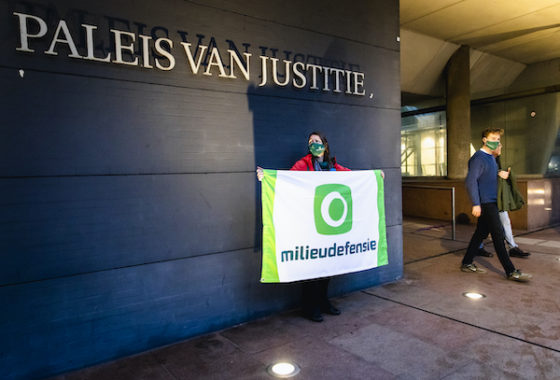 Anglo-Dutch oil giant Shell must do more to fight climate change and slash its carbon dioxide emissions more quickly than planned, judges in The Hague said on Wednesday.

‘Shell must do its part to contribute to the fight against dangerous climate change,’ the court said. ‘The oil company is required to reduce the carbon dioxide emitted by the Shell group and its customers by 45% net by the end of 2030, compared with the level in 2019.’

Milieudefensie, the Dutch branch of Friends of the Earth, led the case against the The Hague-headquartered multinational, which was supported by other environmental groups and some 17,000 ordinary citizens.

The environmental group argued that Shell is violating Dutch liability law by emitting two times as much carbon dioxide as the Netherlands as a whole. Shell argued that these emissions do not come from its headquarters but its subsidiaries in some 80 countries around the world, and any complaint must be taken up with them directly.

Milieudefensie director Donald Pols told reporters before hearings started in December 2020 that the lawsuit was ‘unique’. He claimed that if the environmentalists were successful, this would be the first court to order a private company to change its business model to reduce its carbon footprint.

Shell had argued that it cannot be held liable in the Netherlands for events that take place worldwide. ‘The scene of the crime, in this case, is the location where the emissions take place,’ a Shell lawyer told the court.

Activists worldwide are watching the case closely. Following a 2019 Dutch Supreme Court ruling, known as the Urgenda decision, the Dutch government was ordered to reduce greenhouse gas emissions by 25% of 1990 levels by the end of 2020.

That ruling found that the Dutch government was required to meet the conditions of international treaties, including the Paris climate agreement.

In the present case, Shell argued that because it isn’t a party to such treaties, as they are between nations, it isn’t obliged to meet their targets.

Shell is facing pressure to change its strategy on several fronts. Earlier this month, some 30% of Shell shareholders backed a motion by campaign group Follow This at the company’s AGM, calling on the oil and gas giant to draw up a more ambitious plan to help meet Paris agreement climate targets.