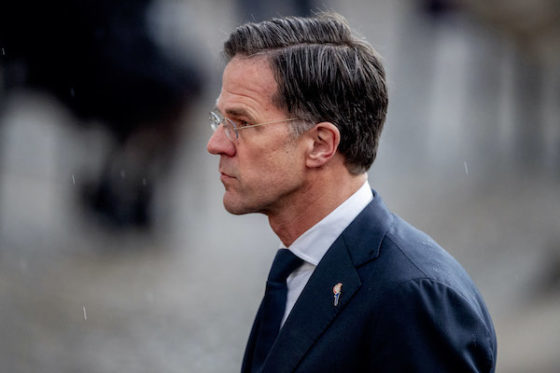 Prime minister Mark Rutte has no plans to ‘do all sorts of things differently’ even though he admits his mistakes have led to a crisis of confidence in parliament, he told television show Nieuwsuur in an interview on Monday night.

Rutte was invited for the interview, which lasted some 25 minutes, to outline his ‘radical ideas’ for changing the political culture in The Hague and what his role in that could be.

During a look back at his 10 years in the top job, Rutte said he felt that he had not given ministers enough room to debate the ‘big social issues’. Instead, he said, he had opted for taking quick decisions instead.

And he also admitted that he had made a ‘big mistake’ by denying that he had spoken about highly critical Christian Democrat MP Pieter Omtzigt during the initial talks on forming a new cabinet.

That issue was still a question of not remembering correctly, Rutte said. ‘I don’t lie. I try not to hide things or take them off the table,’ he said, adding that ‘a lot reaches my desk’. Nevertheless, the resulting crisis in confidence is his fault, the prime minister said. ‘It is my job as prime minister to make sure that if big issues are at stake, that I know the details.’

Rutte also said he had never doubted that he would remain leader of the VVD. ‘I led the campaign, and we are far and above the biggest party. I got two million preference votes,’ he said. ‘It would be very odd if I said I was resigning.’

His decision to stay in place has made the coalition formation process more complicated, given that some parties have said they do not want to be part of a government with him at the helm.

In addition, commentators said after the broadcast, it remains to be seen if the few ideas he came with to create more open government will be enough.

The expectations were high and for weeks politicians had been looking forward to the ‘radical ideas,’ the Volkskrant said. ‘But the ideas were not radical. He reiterated earlier cabinet proposals to provide more openness regarding decision-making and the promise to focus on the “human scale”. Just like other parties, Rutte wants to get rid of backroom politics and a closed coalition agreement.’

Rutte also said that when it comes to big social issues, parliament should be given more influence. Previous Rutte-led governments have drawn up far reaching agreements on pensions, climate and promoting good health by negotiating with unions, employers and lobby groups rather than MPs.

‘It should not be the case that the cabinet negotiates with interest groups and then gives the results to parliament,’ he said.

MPs will debate the slow progress in the process to form a new coalition cabinet on Wednesday.

‘A lot is at stake for Rutte,’ the Volkskrant said. ‘If he cannot convince voters and MPs, he can forget about his dream fourth cabinet. He needs parties like D66, the CDA, PvdA and GroenLinks to form a new majority coalition.’