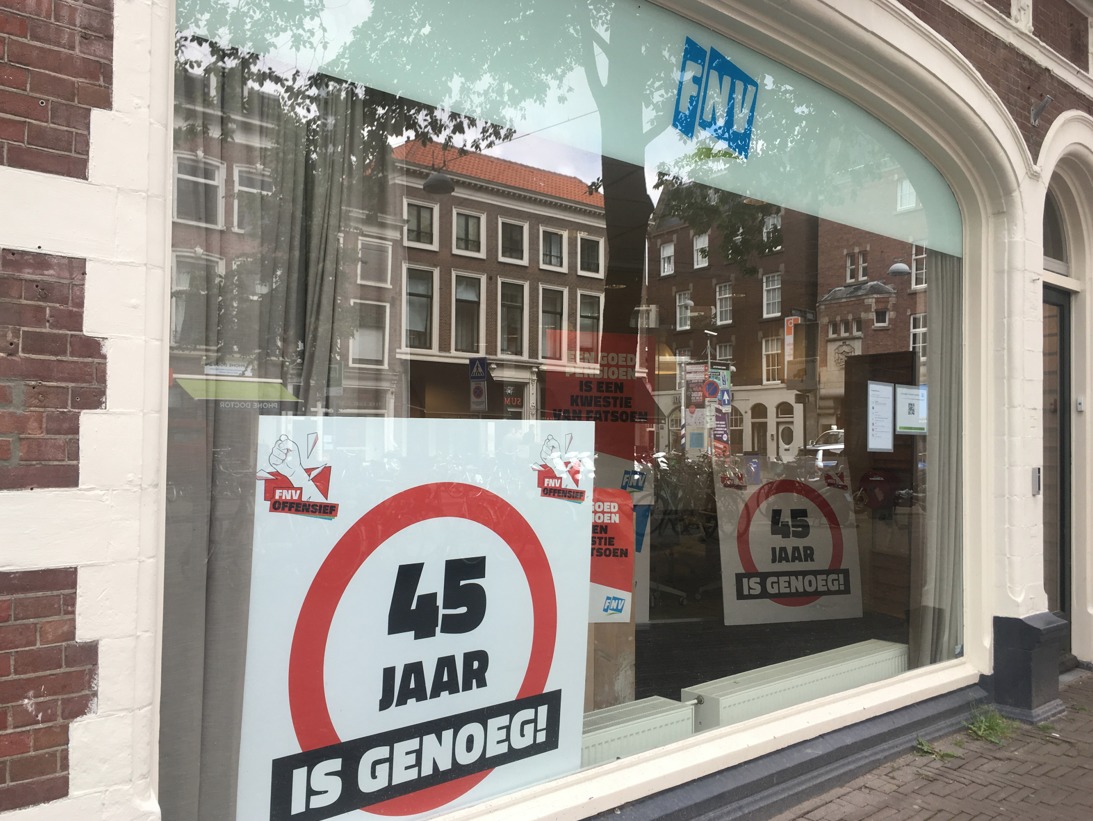 This weekend, the members of the two major trade unions, the FNV and the CNV, voted in favour of reforms to the Dutch pension system, after nine years of negotiation. What do the papers have to say about this ostensible breakthrough?

Most are cautiously optimistic that the current agreement could be the basis of a future proof pension system, while they also agree that there is still a lot of work to do before the parties at the table can reach an iron-clad agreement.

Martine Wolzak in the Financieele Dagblad noted that the relief shown by politicians showed how fragile the pension agreement still is. They remind us, she wrote, that there are still a number of issues that have to be discussed and resolved by a steering group, and several of the groups involved have demanded unanimity from all the parties in the group before they greenlight the changes.

‘In short, there is a major risk that the negotiations will simply move from social affairs minister Wouter Koolmees and the government’s social and economic policy advisory body SER negotiating table to that of the steering group,’ she said.

The NRC wrote in an editorial that FNV voters deserved praise for their realism. ‘Of course some of them would prefer to see the retirement age return to 65, a more generous policy for early retirees and guarantees for higher pay-outs, but the reality is a lot more complex than those dreams,’ the paper said.

The paper also noted that the negotiations are not quite over yet. It responded to FNV trade union head Han Busker’s promise to make the pension system more fair, by saying that ‘the rest can hold him to that, and keep reminding him that “more fair” doesn’t just mean guaranteeing current rights and responsibilities for years to come.’

The Volkskrant featured an analysis by Robert Giebels, who noted the low voter turnout of 37% for the FNV and 15% of the CNV members. ‘All in all, 320,000 yes voters decided the pensions for millions of Dutch people now and in the future,’ he said.

The writer noted that while the heavy majority vote (over 75% for FNV members and 80% for CNV members) leaves little room for doubt, it is difficult to say exactly what a voter means by ‘yes’ or ‘no’ when it comes such a complex agreement.

The member vote from the trade unions is just the first hurdle for a pension system that is fit for purpose in the the current labour market and demographic trends, Giebels said

Trouw praised the union members for looking beyond the self-interest of the elderly. ‘The negotiating parties have every right to be proud of this surprisingly strong affirmative vote. There is a broad support base among trade union members for a more sustainable pension agreement,’ the paper said in an editorial.

The paper said it was good that politicians had was broadly acknowledged that the raising of the pension age was approached too rigidly, something the trade unions have fought long and hard over. ‘The Dutch consensus model has shown itself at its best. Public interest has prevailed over self interest,’ the paper said.

The Telegraaf said the cabinet had done an excellent job with the agreement, singling out minister Wouter Koolmees for praise while commenting he had been lucky with a number of financial windfalls that will enable the government to freeze the retirement age.

The paper added that the agreement is largely a package of sub-agreements that will form the outline of the new system, with the upcoming negotiations hopefully filling in the blanks. ‘Those won’t be easy, but the start of the renovation is promising,’ the Telegraaf said.