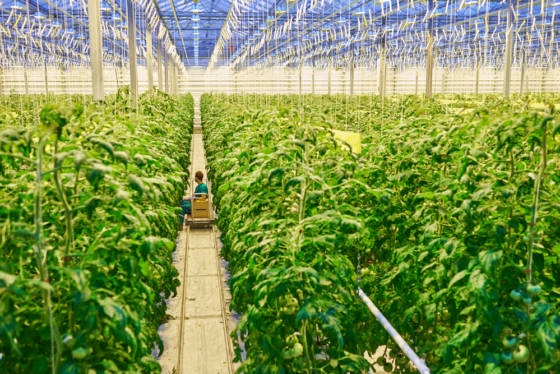 Coalition party ChristenUnie and the opposition Socialists have drawn up a joint plan to regulate migration within the EU, particularly when it comes to hiring in cheap workers from central and eastern Europe.

Some 400,000 migrants from central and eastern European countries are currently working in the Netherlands, largely to the benefit of employers and staffing agencies, the parties say.

‘Unregulated labour migration is not good for our society, for the country of origin and for the migrants themselves,’ ChristenUnie says in a press release. ‘If we leave labour migration to the market, it will lead to pressure on communities, the exploitation of the migrants and unfair competition between different groups of workers.’

Workers themselves are ‘hidden away’ on campsites, business parks and in hotels, the parties say. ‘They pay top prices for their rent, fail to integrate and are often dependent on their employer for a place to live.’

The two parties are calling for action at a European level to tackle the excesses of labour migration and to improve working and living conditions for the migrants themselves.

In particular, there needs to be a better licencing system for staffing agencies, accommodation must be improved and it should be illegal to withhold money directly from wages, the parties say.

‘Labour migration has become a way for big employers to make money,’ ChristenUnie leader Gert-Jan Seegers told the Volkskrant. ‘They used to bring in cheap workers from Turkey and Morocco and now it is eastern Europeans. That is keeping wages artificially low and pressuring the bottom of the labour market. There are thousands of people living on welfare benefits who we should not write off.’

‘This year I was in Poland and I saw exactly how labour migration has become a way of making money,’ SP leader Lilian Marijnissen said. ‘The people who are attracted to leave Poland are replaced by people from Ukraine, and exactly the same thing happens. It is a race to the bottom.’

Poland’s ambassador to the Netherlands also recently sounded the alarm about dodgy staffing agencies and the abuse of Dutch labour laws to exploit migrant workers. ‘People are being brought to the Netherlands under false pretences and have to work here in poor conditions, while being excluded from Dutch society,’ he told the AD.