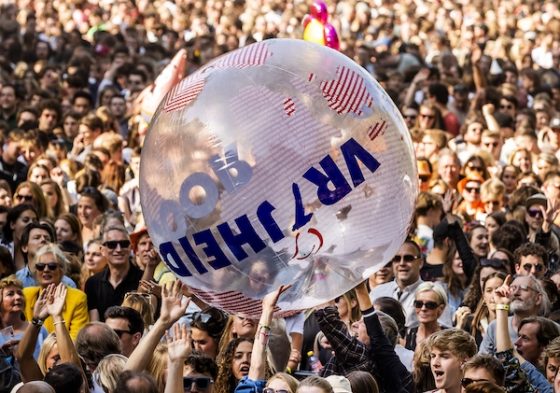 The women take over this week as we remember the dead of World War II and celebrate freedom, while three peregrine falcon chicks escape their eggs on a ledge high above the Rijksmuseum. We ask can Hugo de Jonge solve the housing crisis, as he did coronavirus, or would he perhaps be better off trying to sort out the mess at Schiphol airport? The Netherlands has tumbled in the annual press freedom index but is there a link to the way government press officers avoid answering questions? And as cafe life gets back to normal in the Netherlands, we wonder why everyone seems to be drinking more beer at home.

Want to support the DutchNews podcast and keep our home supply of beer healthy? Click here to become a Patreon backer

More trouble ahead at Schiphol as airlines prepare damages claims

War in Ukraine overshadows Remembrance Day in the Netherlands

The Netherlands remembers its war dead with two minutes silence –

Over 4,000 Ukrainian refugees find jobs in the Netherlands

More Russian oil is heading for Dutch ports, one tanker has been refused entry

The Netherlands has 143,000 homes that would cost more than €1 million

Beer sales in cafes are down, but we are drinking more at home

Brenda from Bristol: ‘You’re joking – not another one!’ BBC News – YouTube