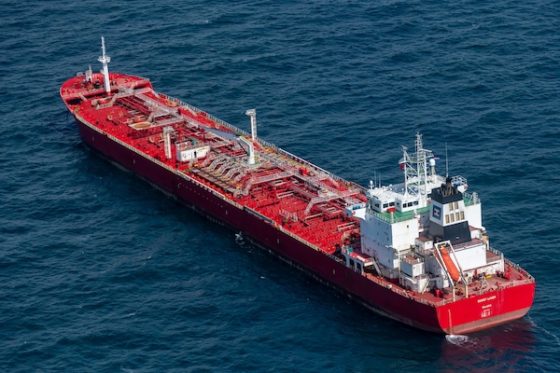 Dutch port workers refused to deal with one Russian ship carrying gas oil which tried to dock in Amsterdam at the weekend but a second ship was allowed to discharge, broadcaster NOS said on Sunday evening.

Oil tanker CB Caribic was able to dock and discharge its load because the FNV trade union had not called for a boycott, NOS said.

‘More ships are arriving at Dutch ports and carrying Russian oil, but as long as they are not covered by sanctions, there is little we can do,’ Asmae Hajjari of the port workers’ union FNV Havens said.

The earlier call not to unload the Sunny Liger was a gesture of solidarity to the Swedish port workers who had refused to deal with it, he said. ‘Port workers unions work together worldwide,’ he told NOS.

The move was supported by the city council.

The Sunny Liger is currently at anchor 35 kilometres off the Dutch coast and the owner MSEA has refused comment.

Both the Sunny Liger and the CB Caribic picked up their cargo in the Russian port of Primorsk as did two other ships, the Clear Stars and the Eikeviken, which are now heading for Rotterdam.

Russian oil imports to the Netherlands are not banned under the EU sanctions but ships sailing under the Russian flag, or which are clearly allied to Russia, are not allowed to moor, unless they are carrying food, oil or gas.

The Sunny Liger and Clear Stars are sailing under the flag of the Marshall Islands, the  Eikeviken is Norwegian and CB Caribic Portuguese.