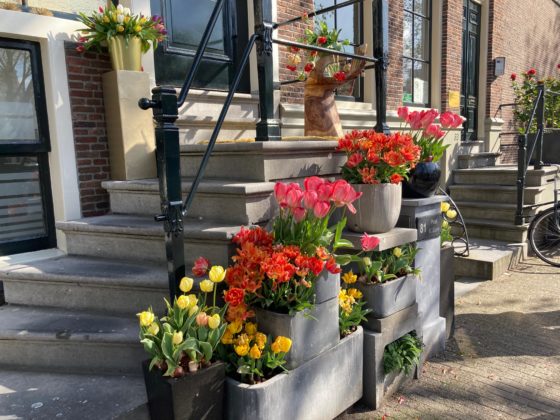 There are plenty of bright and cheerful events and exhibitions to attend this April. Here’s a round-up of some of the best

Get your Fasset signed
The American Book Center has a treat in store for lovers of the colourful work of textile designer Kaffe Fassett. Fassett, who has to be the only person in the world to have been taught how to knit by a fellow passenger on a train, will be in Amsterdam in person to sign any copies of the many books he has written on  textile techniques. You may even have a Missoni dress made to one of his patterns. Textile marker at the ready! April 1. Website

Bag a bulb
Als de lente komt dan stuur ik jou…tulpen uit Amsterdam is a cheesy Dutch song about tulips, thus combining two of the country’s best-known exports. But spring has truly sprung, and the 8th edition of the Tulip Festival has begun. On 60 locations in Amsterdam hundreds of thousands of tulips will cheer up even the gloomiest of doommongers and at the public garden of the Hermitage 5,000 special tulips will be on show, including the latest breeds. All month. Website

Gaze at the magnificent tulips at the Rijks
To add to tulipmania, the Rijksmuseum has devised a tulip route and is showing a rare 17th century book of wondrously rendered tulips, bought by the Six Collection. Each painting complete with prices as tulip bulbs were a commodity at the time, and an extremely risky one at that. 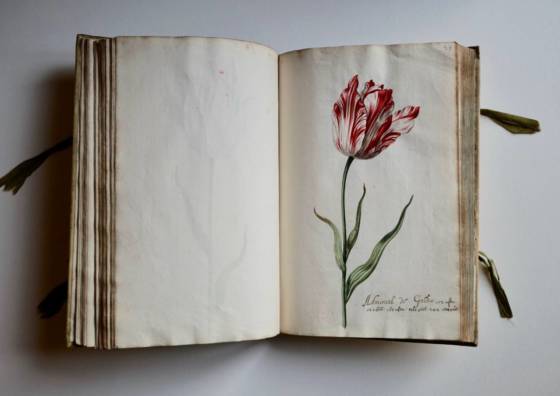 The book may have been owned by physician and Amsterdam mayor Nicolaes Tulp who was painted by Rembrandt in the Anatomy Lesson. Until May 23. Website

Ask a robot a silly question
Set in the not too distant future, 2040 in fact, a judge is asked to rule on who is guilty of the death of a patient, the human doctor or his humanoid assistant. Human or machine error? As siblings battle it out in court, the question that is being asked in this film version of Human.V.oid is what role robots and artificial intelligence will play in society.

Radboud University researcher Marieke Wieringa will be on hand to discuss the communication between humans and robots. Robot Cozmo will be answering questions as well. The WOW-EFFECT Theater is presenting two free screenings, on April 3 and  April 10 in Nijmegen and Apeldoorn respectively. Website

See the movies that matter
The Hague is hosting Movies that Matter, films from all over the world which touch on matters political and social. The festival opens with a documentary about  Russian Kremlin critic Alexei Navalny who is currently serving nine years at a maximum security penal colony following an attempt on his life. 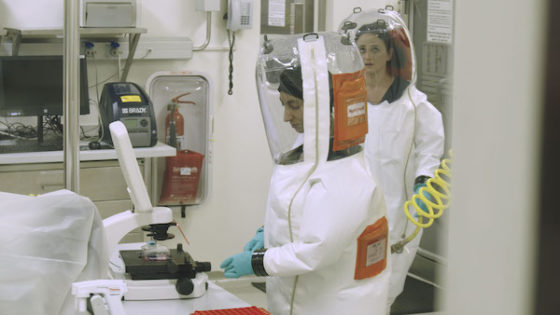 A scene from Time of Pandemics

Director Daniel Roher set about finding the people who poisoned Navalny which results in a surreal scene in which the victim has a phone conversation with the presumed perpetrators. Most films – but not all – are subtitled in English. From April 8 to April 16. Website

Do the maths
At the Badhuis in Amsterdam, Down Stage Left is presenting Proof, a Pulitzer Prize winning play by David Auburn, about a girl who fears that, apart from his mathematical genius, she has also inherited her father’s mental instability. An important mathematical proof is found after his death but no one believes she wrote it. Just when she’s beyond caring she is buoyed up by her boyfriend’s faith in her. April 21, 22 and 23. Website

Spot a perfect politician
Political intrigue at the English Theatre in The Hague in the play A More Perfect Human: a minister (think Sigrid Kaag) will be defending a scandal -plagued colleague (think Hugo de Jonge) on live tv but before he does she will  be told by the prime minister’s fixer (think Sophie Hermans) how to tackle it. Complications ensue. April 22 and 23. Website

Make love not war
The Van Gogh museum is in the mood for love with Amour, an exhibition of a series of lithographs by French artist Maurice Denis (1870-1943). Denis depicted his wife Marthe Meurier in 13 subtly coloured declarations of love. At the same time the lithographs are a prodigious technical feat which took Denis years to achieve. Until May 15. Website 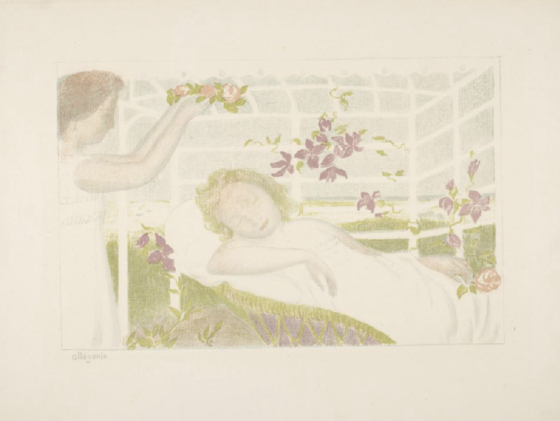 Investigate Amsterdam’s colonial past
The Amsterdam museum, at its temporary home at the Hermitage, is tackling the city’s colonial past and, somewhat agonisingly, asks what its role should be in presenting it. The exhibition juxtaposes portraits of slave traders and photographs of Black Lives Matter demos, as well as VOC objects and the city’s recent apology for its slavery past. Colonial Stories: work in progress is on until September 15. Website

Grab some graffiti
Even if you are not a graffiti fan you have to hand it to Danish photographer Søren Solkær for his original approach to the subject. He photographed 60 makers of wall paintings with their works, including Dutch artists DOES, Laser 3.14 en Niels Shoe Meulman and international names Blek le Rat, DABSMYLA, D*Face, ELLE, Icy & Sot, Invader, Lady Aiko, Maya Hayuk, Seen, Shepard Fairey and The London Police.

As a tribute perhaps to the illegal origin of their work none of the artists are recognisably depicted and two are portrayed at policemen chasing, well chasing themselves. Surface is on until September 25 at the Fotomuseum aan het Vrijthof in Maastricht. Website

Watch the future
Dance buffs are well served this month (and the next and the next). The Moving Futures Festival features 17 young dance makers who are beginning to make a name for themselves in modern, innovative dance, often incorporating kindred disciplines such as acrobatics and performance. The festival is spread out over nine cities. Until June 3. Website