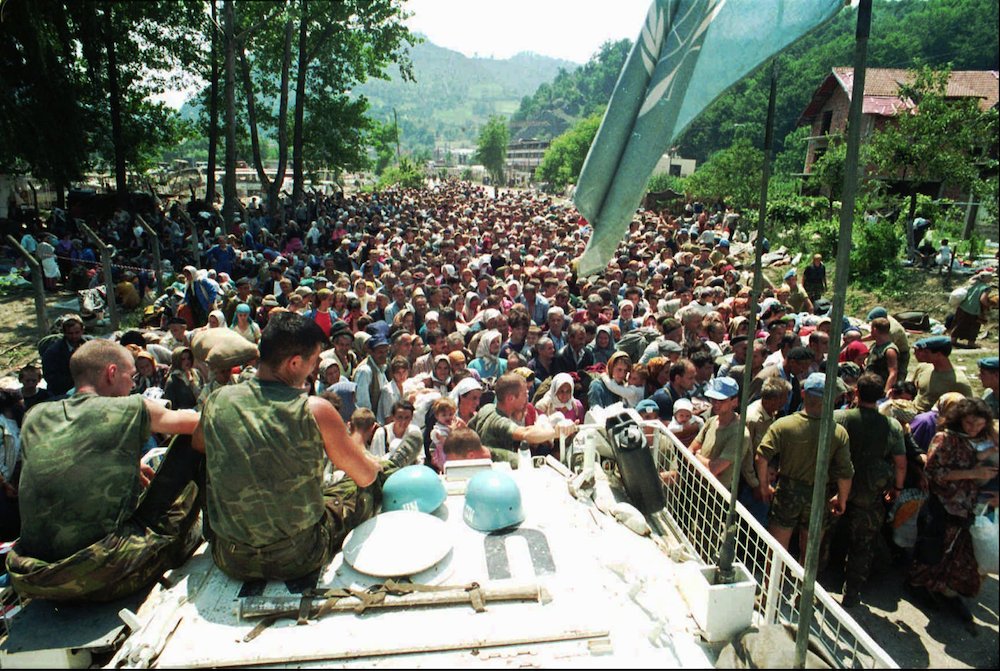 The Dutch state has again been found partly liable for the death of over 300 Muslim men who died in the massacre of Srebrenica in 1995 by appeal court judges in The Hague, upholding a lower court ruling from 2014.

The 300 men and boys were inside the Dutch military base in the Muslim enclave when it was over-run by Bosnian Serb forces and now the Dutch state must pay their relatives compensation, the court said. Some 6,000 surviving relatives are suing the Dutch state following the death of their menfolk.

However, the Netherlands was not found to be responsible for the death of 7,000 plus other men and boys who were outside the compound. The court said it would have been impossible for Dutch soldiers to have protected them when the Bosnian Serb forces began to round them up.

The Dutch soldiers in Srebrenica were part of a UN peacekeeping mission and had been charged with protecting the Muslim enclave. After it was overrun by Ratko Mladic’s forces, an agreement was made on evacuating the some 30,000 Muslims who had fled to the area.

Although at first the evacuation appeared to be orderly, it later became clear the men were being taken away separately and ran the risk of being executed. Nevertheless, the Dutch military leaders decided to proceed with the evacuation even though there was a ‘real risk they could face inhumane treatment or execution’, the court said.

That decision, the court said, later proved to be wrong.

The question still remains, the court said, as to whether the men and boys within the army compound would have survived if they had remained there. Although there was a risk the Bosnian Serb army may have attacked the Dutch troops, they had not shown any violence against them up to that point, the court said.

There was, therefore, a chance that the 300 would had survived if they had not been sent away. The court estimated that chance at 30%, and therefore decided that the compensation demanded by the relatives be limited to 30% of the total.

The ruling is largely in line with that issued by the lower court in 2014. It too said the Dutch state is only responsible for the deaths of the men and boys who were within the compound.

One of the relatives, Kada Jotic, who lost her husband, son and four brothers in the genocide, said of Tuesday’s ruling: ‘They [the Dutch] where there to protect us. It was a demilitarised zone where our men were not able to protect themselves… this will never be over for us.’

The relatives, known as the Mothers of Srebrenica, will now take their case to the European Court of Justice.

‘This is a great injustice,’ Munira Subasic of the Mothers of Srebrenica group told Reuters. ‘The Dutch state should take its responsibility for our victims because they could have kept them all safe on the Dutchbat (Dutch battalions’) compound.’

On Monday it emerged that some  200 Dutch army veterans are preparing to sue the Dutch state for compensation for the trauma they suffered after being sent to Srebrenica.

Their lawyer Michael Ruperti told a television talk show on Monday night the men are campaigning for a ‘symbolic’ €22,000 each – or €1,000 for every year since the Srebrenica massacre took place.

More than 20 people have been indited for their role in the massacre, including several Bosnian Serb commanders. Mladic was caught in 2011 and is on trial in The Hague for genocide and crimes against humanity. A ruling is expected later this year.