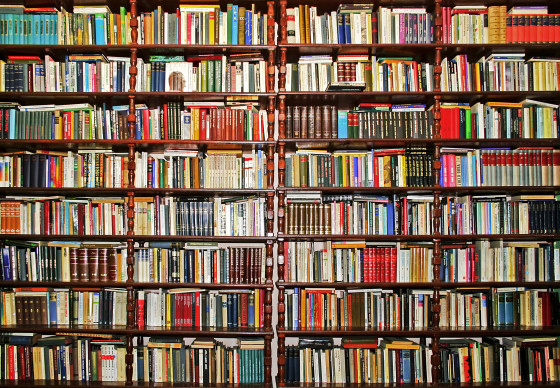 The lockdown may be over, but we are continuing our very own inburgering course over the summer. Here’s a list of nine great Dutch reads in translation to expand your literary horizons.


The Dinner by Herman Koch
Novelist Herman Koch’s fifth novel takes place in a well-known Amsterdam restaurant (a thinly disguised De Kas) popular with the upwardly mobile. Two brothers and their wives meet for dinner and as the evening wears on some very unsavoury truths emerge. The book was an international best seller.  Read our review

In My Father’s Garden by Jan Siebelink
The book, which won the 2005 Literatuurprijs, follows Hans, a father and gardener who becomes more and more obsessed with Calvinism as the story progresses. Set in several parts of the Netherlands, the book does a wonderful job of depicting the Dutch countryside and living conditions of the time. Siebelink develops interesting characters whose stories you genuinely become involved in. Read our review


The Discovery of Heaven by Harry Mulisch
This book is truly about ‘life, the universe and everything’ and consequently the plot of The Discovery of Heaven is far too convoluted to explain in a few lines. But here goes. God has decided to break his contract with mankind and wants his tablets back, seeing that no one lives by them. Two of his angels are given the task of manipulating earthly circumstances which results in the birth of a boy who is destined to bring back the tablets. Read our review.


The Evenings by Gerard  Reve
The Evenings, Reve’s first novel, was published in 1947 and chronicles 10 days in the life of 23-year-old Frits Egters which also happen to be the last 10 days of 1946. Frits’ encounters with friends and family show his unerring and merciless eye for the desolate minutiae of life: the decay that comes with passing time – a friend is going prematurely bald – the dreary lives of his parents and his own less than promising future. Read our article about the book.


Max Havelaar, or the Coffee Auctions of the Dutch Trading Company by Multatuli
Max Havelaar is a civil servant in the Dutch East Indies who, appalled at the cruelty and corruption of Dutch colonial rule, writes an inflammatory book about what he has witnessed. Multatuli (pseudonym of Edward Douwes Dekker), like his protagonist, was a civil servant in the East Indies and his book is said to have hastened the demise of colonialism. Max Havelaar lives on in a 21st century fair trade food label.

Beyond Sleep
Beyond Sleep (Nooit meer slapen) is a holy grail quest written in 1966 by classic Dutch author Willem Frederik Hermans. The book, which follows geology student Alfred Issendorf from Amsterdam to the Norwegian wilderness in search of proof of meteor impacts, is widely considered part of the Dutch literary canon. Read our review.

Tonio by A.F. Th. Van der Heijden
Adri van der Heijden’s moving memoir about the death of his only son in a cycling accident in Amsterdam, at the age of 21. Australian publisher Scribe acquired the translation rights in 2013, making it the first work by Van der Heijden, a prolific and award-winning novelist, to be published in English.

The Tea Lords by Hella Haasse
This is the story of ambitious and straight-laced Rudolf Kerkhoven who becomes a tea planter in the Dutch East Indies. Haasse based her documentary novel on documents and letters from the relatives of the characters. The Guardian critic said that ‘realising her characters were once flesh and blood made me feel I had read the most humane sort of biography, in which the writer inhabits every emotional recess and significance’.

The House of the Mosque by Kader Abdolah
A novel about the deposition of the Shah and the return of Khomeini and the political division that grips Iran seen through the eyes of the Aqa Jaan family. Abdolah, who fled Iran and was given political asylum in the Netherlands in 1988, wrote the book in Dutch.

You can buy all these books from the American Book Centre in Amsterdam, Amstelveen and The Hague, either in the shop or online.