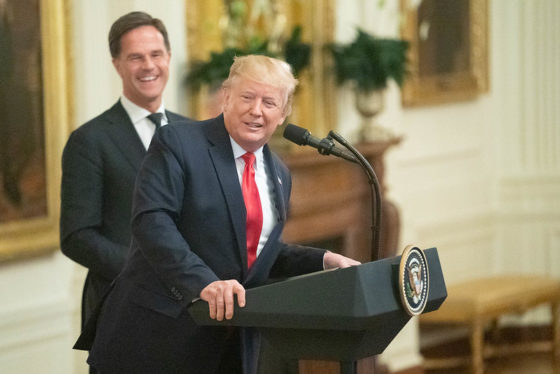 Hot gossip, dodgy deals and bureaucratic minefields dominate this week’s news. Finance minister Menno Snel comes under fire over the tax office’s blunderbuss approach to suspected benefit fraud and tempers flare as The Hague cracks down on New Year beach bonfires. The detention of a teenager who was unaware he was an illegal immigrant sparks uproar, as does Klaas Dijkhoff’s decision to trouser thousands of euros for leaving a cabinet post after less than a month. We bring you the fascinating story of the amateur footballer who blagged his way into four professional clubs without playing a game. And just what did Mark Rutte find so funny about Donald Trump that it triggered the president’s early exit from the Nato summit?

Ophef of the week: Don’t ‘wacht’ up – Dijkhoff won’t be paying back his ex-minister’s top-up fee

Verstappen finishes F1 season in third place: ‘We have work to do this winter’

VICE podcast on the phantom career of Bernio Verhagen

Discussion: Minister under fire over ‘out of control’ tax fraud team