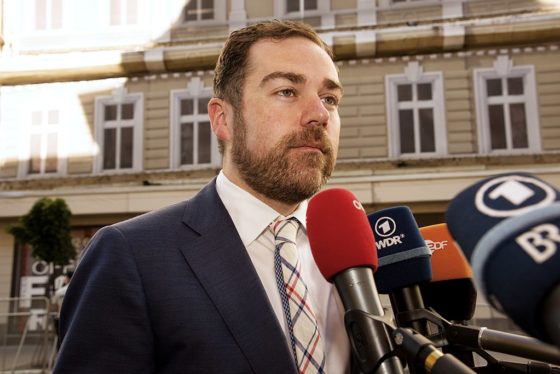 Klaas Dijkhoff, the VVD’s party leader and Mark Rutte’s heir apparent, has decided he will stop claiming the special benefit for politicians who were earning more as ministers before taking seats in parliament.

Last month, the Volkskrant reported how Dijkhoff is claiming €37,000 a year in wachtgeld on top of his MP’s salary and party leader supplements, because he still earns less than he did as a minister in the previous government.

At the time Dijkhoff said he was sticking to his guns and would continue to claim the money he is entitled to. On Tuesday, however, he did a u-turn and said he would stop the payments because of the fuss.

However, under parliamentary rules, stopping the benefits would require him to refund the €80,000 he has already had since the 2017 general election – and that is something Dijkhoff has said he is not prepared to do.

Instead he and VVD officials are looking into ways he could continue to claim and then pay back the money.

Dijkhoff’s problems were compounded by revelations in monthly magazine HP/De Tijd that he had also claimed €4,900 a year in travel expenses, even though he has use of a chauffeur-driven car in his role as parliamentary party leader. The car is paid by the VVD.

MPs earn a basic €115,000 a year, plus allowances, but if they were previously a minister or alderman, they are entitled to benefits to bring their salary up to their old earnings for at least two years.

Another VVD MP, Arne Weverling, also claims an extra €10,000 a year because he earned more while an alderman in Westland. He has also agreed to stop the payments and refund the cash.