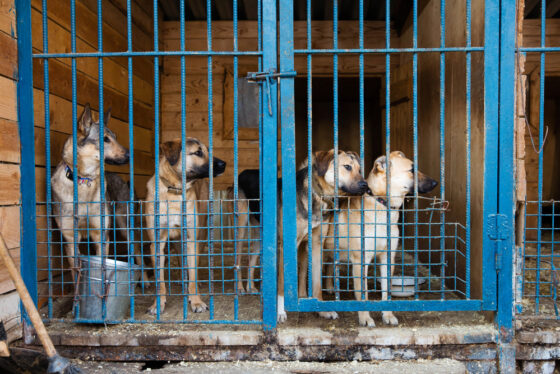 Government inspectors have seized 280 dogs found living in insanitary and unhealthy living conditions at a dog breeding business in Eersel in Brabant.

According to local broadcaster Omroep Brabant, the NVWA had already checked the premises 10 times and just last month 29 dogs were taken away because they were in need of immediate medical care.

The owners were told to improve the dogs’ living conditions but inspectors found the remaining animals in an even worse state during their last call, with too many dogs to a kennel, dirty drinking water and lack of hygiene.

The business was supposed to have wound up before 2023 following a court case in November, not because of the ill treatment of the animals but because it contravened the local zoning plan.

The owners were not banned from breeding dogs at the time because the case only concerned whether or not their business was located in the right place.