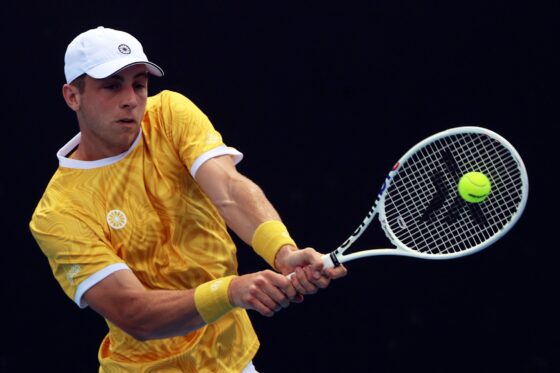 Tallon Griekspoor enjoyed a straightforward win over his compatriot Botic van de Zandschulp to progress to the third round of the Australian Open.

The 26-year-old defeated the number 32 seed in straight sets, in the first all-Dutch clash at a Grand Slam tournament since 2001.

The two players on court 17 were indistinguishable in their yellow T-shirts, white baseball caps and blue shoes, but Griekspoor, ranked 63 in the world, was clearly the player in form after winning his first ATP Tour title in India 11 days ago.

Griekspoor had to wait until game seven of the third set for the decisive break and sealed victory with an ace on his first match point to win 6-4 6-4 6-4.

His opponent in round three is the Greek third seed Stefanos Tsitsipas, who is the second highest-ranked player left in the competition following Rafael Nadal’s defeat earlier on Wednesday.