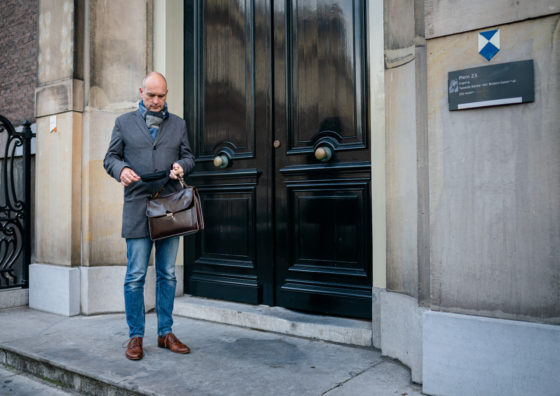 The two centre-right parties in the prospective Dutch government, the liberal VVD and Christian Democrats (CDA), drafted a coalition agreement back in September, a document leaked to the Volkskrant has revealed.

The draft plan includes a €19 billion fund to cut nitrogen dioxide emissions, including relocating or buying out large-scale farmers, measures to address the housing shortage, free pre-school childcare ‘for most people’ and an increase in the minimum wage.

Details of the plan were revealed after a copy of the document was found by a passenger on a train. Gert-Jan Segers, leader of the ChristenUnie party which has since joined the coalition talks, said on Twitter that he was responsible for the leak.

‘I am a human being and I’ve done something very stupid. Sorry,’ Segers said.

The document was drawn up while the talks were deadlocked and chief negotiator Johan Remkes was exploring a minority coalition of VVD and CDA, possibly with the progressive-liberal D66.

Many of the proposals overlap with another draft agreement written by VVD leader Mark Rutte and his D66 counterpart Sigrid Kaag earlier in the summer, suggesting that Rutte and CDA leader Wopke Hoekstra were looking to bring Kaag’s party back on board.

The plans include a reform of the education system, one of D66’s main priorities, with a longer school day, more support with homework and free or subsidised nursery care. There are also proposals to allow more migration from inside and outside the EU and raise the quota under the UN’s programme for the most vulnerable asylum seekers.

On climate change, the parties want to speed up the reduction of greenhouse gases and allocate between €14bn and €19bn to cutting nitrogen emissions to comply with a Council of State ruling based on EU conservation rules.

The cash would be used to buy out the heaviest agricultural polluters or support their relocation to another region such as Flevoland. The parties also want to create a ‘green industry’ programme through binding agreements with the 20 biggest polluters in the Netherlands.

Taxes on income and earnings would be reduced to raise workers’ spending power and encourage employers to hire more contracted staff. The minimum wage would be reduced and there are plans to bring in incapacity insurance cover for freelancers.

The parties also want to appoint a minister for housing with a budget to build a million extra homes by 2030 and strike deals with local government to free up development sites.

The levy on large landlords would be gradually abolished to encourage the housing corporations to build more affordable homes, while private landlords would have to pay tax on their entire rental income. The parties also want to introduce a ‘right to buy’ for social housing tenants.