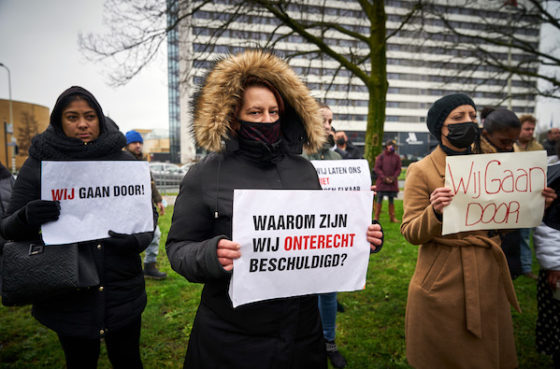 Cabinet meeting minutes published on Monday evening in the latest twist to the childcare benefit cover-up show that several ministers were critical of MPs who wanted more information about the unfolding scandal.

Thousands of families were wrongly accused of trying to defraud the childcare benefits system between 2012 and 2017, leaving some financially ruined. But the scandal was only fully exposed by the work of a small number of MPs, who persistently questioned ministers and called for total transparency.

RTL Nieuws reported last week that ministers had tried to make CDA parliamentarian Pieter Omtzigt, who was one of the government’s main critics over the scandal, ‘see sense’ – prompting calls for the relevant cabinet minutes to be made public.

The minutes, covering some 30 pages of a cabinet meeting in May 2019, were sent to parliament on Monday evening. In particular they show ministers’ irritation at critical questions from MPs from the four ruling parties.

Social affairs minister Wouter Koolmees, for example, is highly critical of Omtzigt and VVD MP Helma Lodders who, he said, were working together with the Socialists against the then responsible minister Menno Snel, who has since resigned.

The two MPs, and their parties are ‘not very helpful’ in solving the problems, Koolmees is quoted as saying. Koolmees has denied the suggestion ministers tried to work against MPs who asked to many questions.

Infrastructure minister Cora van Nieuwenhuizen is also quoted as saying that it is ‘in no way acceptable for the coalition parties to take a tougher standpoint than the opposition,’ a point which Rutte agreed with.

Yeah, this.
No ambitions beyond clinging on a little longer; no vision further than the end of next week. For the most part, modest men with much to be modest about. https://t.co/75kvM1Wncu

MPs will hold a debate on the minutes on Thursday. ‘Then it will become apparent if publishing them has helped restore confidence in the coalition formation process, something which is of great importance to Rutte,’ NOS correspondent Xander wan der Wulp said.

The minutes show that Rutte does not take the lead in criticizing MPs who take a different line to the cabinet, but that he did support ministers who complained, the NRC said in its analysis of the documents.

The minutes, the paper says, breath the ‘monistic administrative culture which typifies the third Rutte-led government.’

According to the Volkskrant, it is D66 leader and trade minister Sigrid Kaag who emerges from the minutes with her reputation relatively intact

She ‘let it be known than she does not have a problem with… members of the coalition parties publicly opposing the cabinet and saw serious debates as a sign of a healthy democracy,’ the paper said.

Opposition MPs have accused ministers of trying to ‘silence’ and ‘discipline’ MPs in order to ‘limit the political damage’.