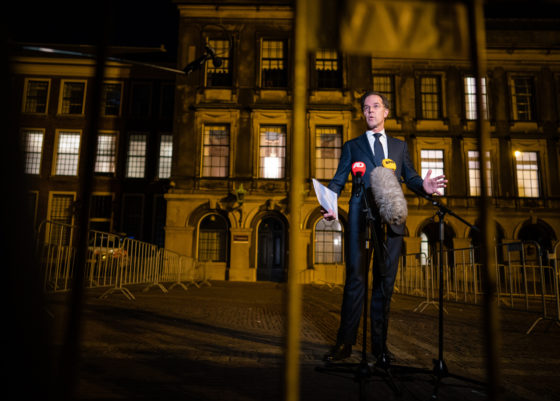 Ministers deliberately withheld crucial information about the tax office scandal from parliament in order to shield officials from criticism, according to leaked documents which RTL Nieuws claims to have obtained.

Minutes of cabinet meetings show ministers were concerned about ‘setting a precedent’ if they agreed to compensate thousands of parents who had been wrongly labelled fraudsters because they made mistakes when applying for childcare support.

The cabinet resigned en masse in January after an investigative committee concluded that the families had suffered an ‘unparalleled wrong’ when they were ordered to pay back thousands of euros on the basis of unfounded suspicions of fraud.

Many of the families involved were dual nationals, prompting accusations of institutional racism, but the prosecution service decided in January that it was unable to bring charges of discrimination against the tax service or officials who carried out its policies.

The government has pledged to pay €30,000 compensation to each of the victims, but this week it emerged that at least 400 of the affected families had wrongly had their applications rejected.

The disclosure comes in the week that talks to put together a new coalition restarted, with the man appointed to oversee the process, Herman Tjeenk Willink, stressing the need to restore trust in politics.

The leaked documents reveal that ministers complained about Christian Democrat MP Pieter Omtzigt, whose campaigning on behalf of the families led to the inquiry being set up, being overzealous and unfair.

CDA leader and finance minister Wopke Hoekstra said at one point: ‘We tried to make Omtzigt see reason, but without success,’ according to RTL.

Opposition MPs to call for the cabinet minutes to be published in full and said the revelations raised questions about whether caretaker prime minister Mark Rutte was fit to form the next government.

Most of the 17 parties said there should be an emergency debate before the two-week May recess begins on Friday, but the former coalition parties opted to wait until ministers have given their account of events in a letter to parliament.

Socialist MP Renske Leijten, who together with Omtzigt spearheaded the campaign to investigate the tax office’s practices, said: ‘In the debate about the cabinet’s resignation the prime minister said that he agreed with all the investigative committee’s conclusions apart from the one about information being withheld for political reasons. That has now been shown to be a lie.

It’s a bit like letting someone look after your purse twice and money disappearing both times. You don’t let them have your purse a third time.’

Hoekstra told NOS that the latest development in the affair had not improved trust in politics, but declined to respond to questions about his own behaviour as finance minister as he emerged from a meeting with Tjeenk Willink.

‘It’s important to do things in the right order,’ he said. ‘I’m here as leader of the CDA and it’s not proper or sensible to answer questions now as a member of a caretaker cabinet.’

Rutte said the question of whether the minutes should be published would have to be discussed with the other leaders in the former coalition. ‘Parliament has asked a number of questions which we will answer carefully,’ he said.

‘What I can say is that there was nothing unusual or improper about the account of events we compiled [for the committee].’

Misinforming parliament is usually a resignation issue, such as in the case of deputy asylum minister Mark Harbers, who stepped down two years ago because he failed to provide complete information about crimes committed by asylum seekers.

Although the current government cannot be subjected to a no-confidence motion, having already lost its mandate, individual ministers still can.