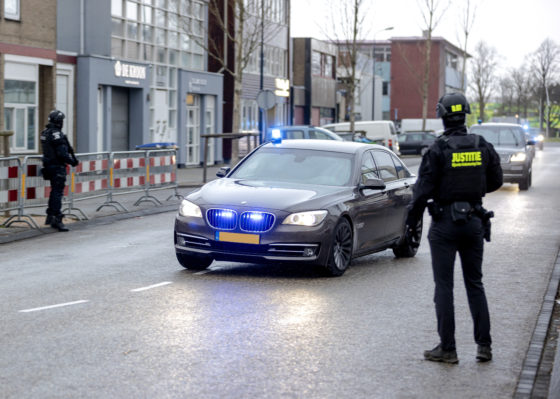 One of the biggest murder trials in the history of the Netherlands is getting under way under tight security on Monday morning.

Two helicopters, armed police in bulletproof vests and a fleet of armoured vehicles thronged the fortified courthouse in Amsterdam known as the Bunker on the opening day of the so-called Marengo trial.

The best known of the 17 suspects is Ridouan Taghi, 43, for several years the Netherlands’ most wanted man, who is accused of ordering six assassinations between 2015 and 2017 in the so-called ‘Mocro mafia’ drugs war.

He is also suspected of ordering the murder of Amsterdam-based lawyer Derk Wiersum in September 2019, though that killing is not part of the Marengo trial. Wiersum was acting for Nabil B., one of the key witnesses in the case against Taghi.

Taghi has been detained at the high-security jail in Vught since December 2019, when he was deported from Dubai after being arrested at a private villa where he was living with his wife and six children. 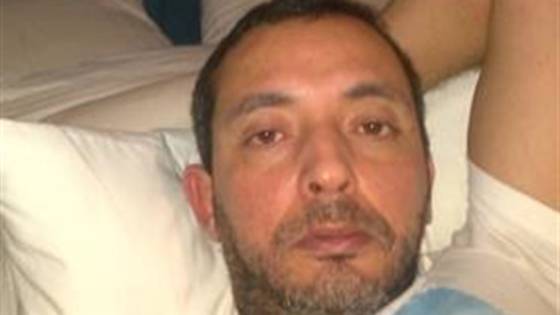 Ridouan Taghi on a photo issued by the police

At the time Dubai police chief Abdullah Khalifa Al Merri described him as ‘one of the world’s most dangerous and wanted men … listed on Interpol for his connections to serious organised crime.’

The first day of the trial proceedings will focus on the testimony of Nabil B., who agreed to co-operate with authorities after he was involved in a mistaken identity murder in January 2017. The victim, Hakim Changachi, was wrongly targeted instead of an Utrecht criminal and B., who arranged the getaway car, admitted his involvement to Changachi’s family.

His confession angered his associates in Taghi’s gang and B. agreed to testify against them in exchange for protection for him and his family. His brother, Redouan B., was shot dead at his office in Amsterdam in April 2018 by a hitman posing as a job applicant.

The 17 defendants on trial are suspected of planning a total of 13 gangland murders, of which six were carried out.

Saïd Razzouki, who is accused of being Taghi’s second in command, was arrested in Colombia in February last year and is awaiting extradition. He is being tried in absentia.