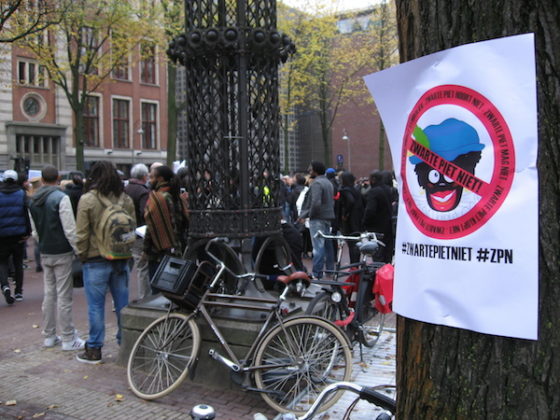 Support for the traditional blackface Zwart Piet continues to drop and can now only count on the support of a slight majority among the Dutch population, according to research by current affairs programme EenVandaag.

Last year, 71% of the 29,000 people polled for the EenVandaag panel said they backed the blackface version of Sinterklaas’ helper, but this year the total has fallen to 55%.

Support for blackface Piet has been declining since 2013, when 89% of panel members said they did not want to see changes in Zwarte Piet’s appearance.

Since then, anti-racism campaigners have argued their case on television and in debates, demonstrated at parades and faced physical attacks and abuse by pro blackface supporters.

Nevertheless, the number of people who will now accept sooty-faced Piets only at the traditional Sinterklaas parades has gone up to 47%, EenVandaag said. Earlier this year prime minister Mark Rutte too said he had changed his view about Zwarte Piet.

However, there is less acceptance of the decision by social media platforms such as Facebook to ban the traditional Piet image. Almost seven in 10 disagree with the Facebook ban and 60% oppose the decision by some online shops to stop selling blackface Piet merchandise.