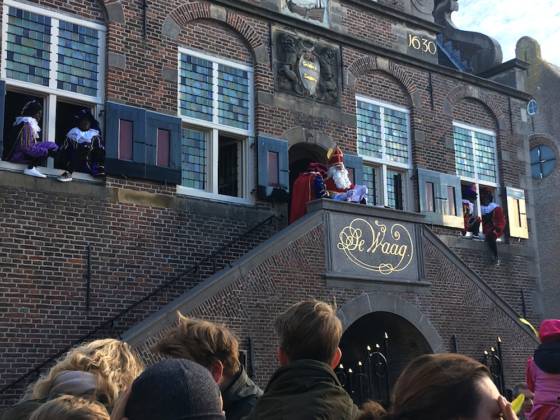 One day after stating that racism is a problem in the Netherlands, prime minister Mark Rutte has now admitted to altering his views on Zwarte Piet, the controversial sidekick of Sinterklaas who is traditionally played by a white person in blackface makeup.

During a debate in parliament on Thursday evening, Rutte said his perspective on Zwarte Piet had undergone ‘major changes‘.

On the other hand, he continued, there are people who do not want to be forced into change, and that it is not the government’s job to make this happen, Rutte, who has admitted playing Black Piet in the past, told MPs.

However, he said, he expected that in a few years there will be ‘almost no black Zwarte Piets any more.’ ‘This is a folk culture which changes in time under pressure from debate in society,’ the prime minister said.

The prime minister’s change of heart has been welcomed by anti-Zwarte Piet campaigners, including Jerry Afriyie. ‘Better later than never,’ Afriyie said. ‘Now lets get rid of Zwarte Piet and we can all enjoy a party for all children.’

On Wednesday, the prime minister first broached the question of racism in the Netherlands in reply to reporters questions about the unrest in the US following the death of George Floyd in Minnesota.

More complaints were made last year to the various Dutch organisations which collect statistics about discrimination, according to a report compiled on behalf of the police and home affairs ministry in April.

In total, nearly 10,000 complaints were made to the police and other agencies, of which around 42% related to people’s ethnic origins.