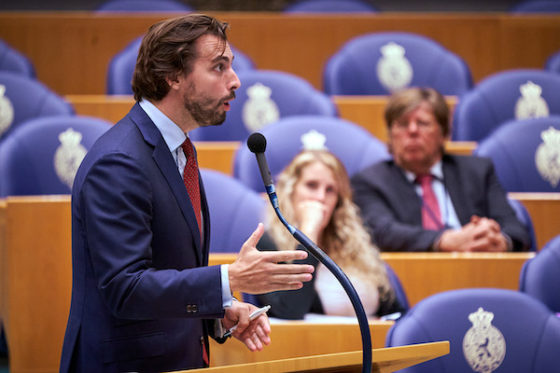 Prime minister Mark Rutte was criticised by far right and Socialist MPs during Wednesday evening’s debate on the EU €750bn recovery fund, but he was still assured of sufficient support for the Dutch position in the negotiations.

In particular, the anti-immigration PVV and FvD said that Rutte had wrongly voted to give billions of euros to ‘poor’ member states.

Roelof Bisschop, an MP for the fundamentalist Protestant SGP, said the EU fund had saddled future generations with a ‘mountain of debt’. ‘And it is going to take until 2058 to pay back this money. 2058!’, the MP said.

The Netherlands had been one of the most vocal critics of the EU fund plan, particularly the idea of giving no-strings relief to countries hardest hit by coronavirus.

During Wednesday’s long debate, Rutte admitted that he had been forced to compromise on his hard line over gifts, but said the Dutch position is a sensible one because the Netherlands would suffer major economic fall-out if Spain and Italy got into real difficulty.

‘It is in the interests of the Netherlands to have a stable EU, given the power blocks of China and the United States,’ he said. ‘The most important thing for you and for me is to keep this country safe, in an uncertain world. And we cannot do this alone.’