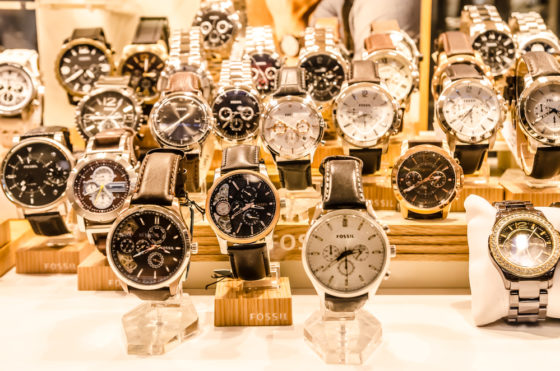 The trade in exclusive watches is becoming the money laundering operation of choice for criminals, with legitimate dealers aiding and abetting the crime, the Telegraaf reported on Tuesday.

Expensive watches can fetch hundreds of thousands of euros and are used to launder money, as gifts, payment or rewards for criminal services rendered, the paper said. Brands like Rolex and Audemars Piquet are favourites.

‘There are hundreds of traders where there used to be a few dozen,’ the paper cites an anonymous source who describes himself as a former trader in the ‘semi-legal circuit’. ‘You buy one for €10,000, you sell it for €11,000 and that will make you a trader.’

The watches are bought from legitimate traders who are flouting rules to prevent money laundering, such as registering the names of buyers, the paper said.

Another method to introduce the watches into the criminal trade circuit is to pretend to export them abroad, from where the bill is paid. The watches are then put into circulation in this country, the source said.

Police coordinator Jos van der Stap told the paper that expensive watches are such a useful commodity for criminals that they have spawned an increasing number of robberies focusing on both traders and private individuals. ‘Street robberies and break ins target people with expensive watches,’ Van der Stap said.

Some 80 people were robbed of their Rolexes last year in a spate of attacks by the ‘Rolex gang’, while two criminal traders were found murdered this year.

Not all legitimate traders ignore the rules and some criminals have been caught because of reports of unusual financial transactions, finance ministry inspectors said.

Patrick Thio of the jewellers’ trade association Federatie Goud & Zilver said it is difficult for sellers to circumvent the rules. ‘You need registration for the maintenance of a watch, for example. We have not heard any complaints from the tax office money laundering department.’