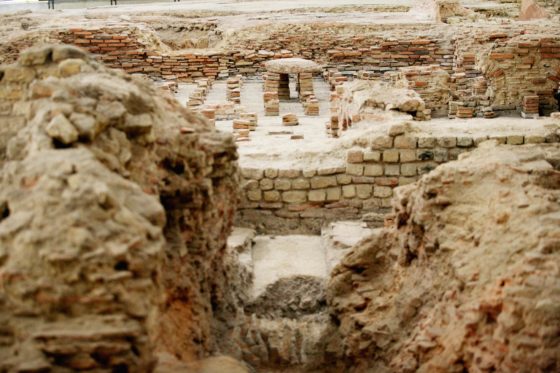 A three-year study has shown the Roman bathhouse in Limburg is officially the oldest building in the Netherlands, local broadcaster 1Limburg reports.

The thermae, or baths, which are housed in the Thermenmuseum in Heerlen, were studied by scientists from the Netherlands, Belgium, Germany and France.

‘We now know the bathhouse in Heerlen was built around 40 AD and not in 125 AD as was previously assumed,’ curator Karen Jeneson told the paper. ‘That makes it is the oldest stone building in the Netherlands.’

The Roman occupation of the Netherlands started around 50BC with the northern-most border of the Roman empire dividing what is now the Netherlands in two. The next 400 years saw the introduction of many things Roman, among which a network of roads and, among the elite, the culture of bathing.

Jeneson said the findings shed an important light on the way the locals took to the baths. ‘We now know the bathhouse was extended four times. That means the local people, mostly German tribes, started using the baths. Within a period of 40 to 50 years they adopted the ritual of Roman bathing.’

Not only were the tribes getting cleaner, they also participated in the wheeling and dealing that went on in bathhouses.

‘It was an important meeting place for soldiers and private individuals from all over the region,’ Jeneson said.  ‘We know a lot about the heyday of Roman rule in the Netherlands between around 100 to 250 AD. This helps to better document the early phase.’