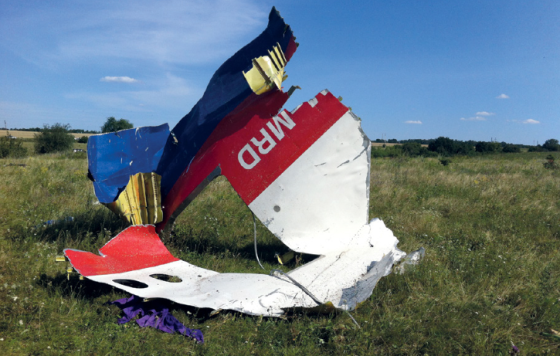 Dutch MPs have urged foreign minister Stef Blok to look again at the role of Ukraine in the MH17 plane disaster, particularly at why Ukrainian air space had not been closed.

During a debate on the tragedy, in which 298 people died, MPs called on Blok to find out why the Malaysia Airlines plane was able to fly over Ukraine even though there was serious fighting in the east. The Dutch safety board said in 2015 there had been enough reason to close airspace.

The plane, carrying mainly Dutch nationals, was brought down by a Russian made Buk missile over eastern Ukraine in July 2014.

According to the Parool, the government has been reluctant to ask Ukraine difficult questions because it is an ally and closely involved in the investigation into what happened.

Unlike Russia, Ukraine is not being held partly responsible for the disaster.

But the close relationship between Ukraine and the Netherlands has been soured since Kiev returned a possible witness to Russia as part of a prisoner exchange scheme.