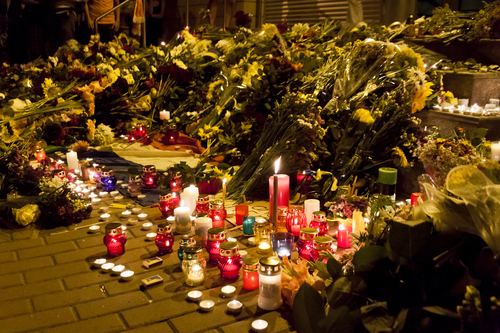 A potential key witness in the MH17 investigation who was released by Ukraine at the weekend was questioned by Dutch officials before he left for Moscow, Dutch foreign minister Stef Blok has told MPs.

Vladimir Tsemakh, 58, was arrested in a separatist-held part of Ukraine earlier this year. He is said by investigators to have had a key role with Russian-backed Ukrainian rebel forces.

Flight MH17 was shot down by a Buk missile over eastern Ukraine in July 2014, killing all 298 people on board. Most of the people on board were Dutch and the investigation into what happened is being led by Dutch officials.

The international investigation team said in 2016 that the missile had been brought from Russia and fired from a field controlled by Russian-backed separatists.

Tsemakh was arrested and charged with terrorism offences at the end of June.

The prisoner exchange, reported by both the Russian and Ukrainian state news agencies, involved 35 Russians and 35 Ukrainians.

Blok told MPs in a statement on Saturday that the prisoner exchange had been delayed to allow officials from the Dutch public prosecution service to question Tsemakh. ‘The Netherlands applied pressure at the highest diplomatic and political levels’ to keep Tsemakh in Ukraine, Blok said.

Although officials were able to question him, the Netherlands regrets that he has been included in the prisoner exchange, under pressure from the Russian authorities, Blok said.

Earlier this year, the Netherlands issued arrest warrants for four men – three Russians and a Ukrainian – on murder charges. Tsemakh is not among the suspects but is considered a ‘person of interest’.