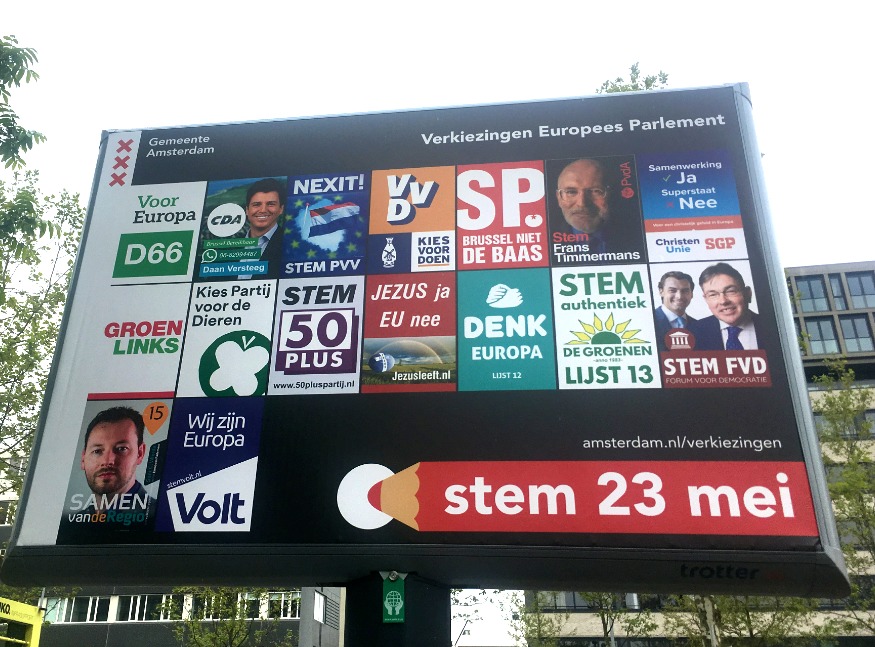 The role local councils had in encouraging EU nationals living in the Netherlands to vote in the EU elections will form part of the evaluation of the election process, home affairs minister Kajsa Ollongren has said in answer to MPs questions.

D66 MP Monica den Boer asked the minister to explain why so few EU nationals were included on the voting register for the May 23 vote. Just 12% of the 490,000 EU nationals living in the Netherlands had signed up to take part.

DutchNews.nl received dozens of emails and complaints from EU nationals who were not aware they were able to register or who were given wrong information by their town hall.

Rijswijk, Gouda, Heerlen, Roermond and Amersfoort were among the towns and cities where people said they had not received any information from their local authority about being required to register.

‘I had no idea there was a separate register for foreigners,’ one reader said. ‘So, I was not registered. The gemeente in Arnhem has on its website “to vote in the EU elections you must be a Dutch national with a Dutch passport”. So I did not vote, I am really angry and I want answers.’

In her written answers, Ollongren said local authorities had been told in a newsletter in December that they should inform EU nationals about the voting procedure and that this had been reiterated in January and February.

In addition, Gouda and Amersfoort did inform people by letter, the minister said. Heerlen, by contrast, has a policy of informing locals online.

Roermond told the minister it had not written to non-Dutch EU nationals because of the cost and because most of the city’s Europeans come from eastern Europe and do not speak English, German or French. It had, however, put the information online and used social media to try to reach people.

The minister said that the evaluation of procedures, which takes place after every election, would involve asking all local authorities in the country if they had contacted non-Dutch EU nationals about registration at least six weeks before the closing date.

In addition, they are being asked if people are briefed on how to vote in the EU elections when they move to the locality and register at the town hall.

Several people told DutchNews.nl they had always been able to vote in the European elections in the past without being registered at all.

In Britain campaigners are crowdfunding to take legal action against the government because so many EU nationals were denied the right to vote.