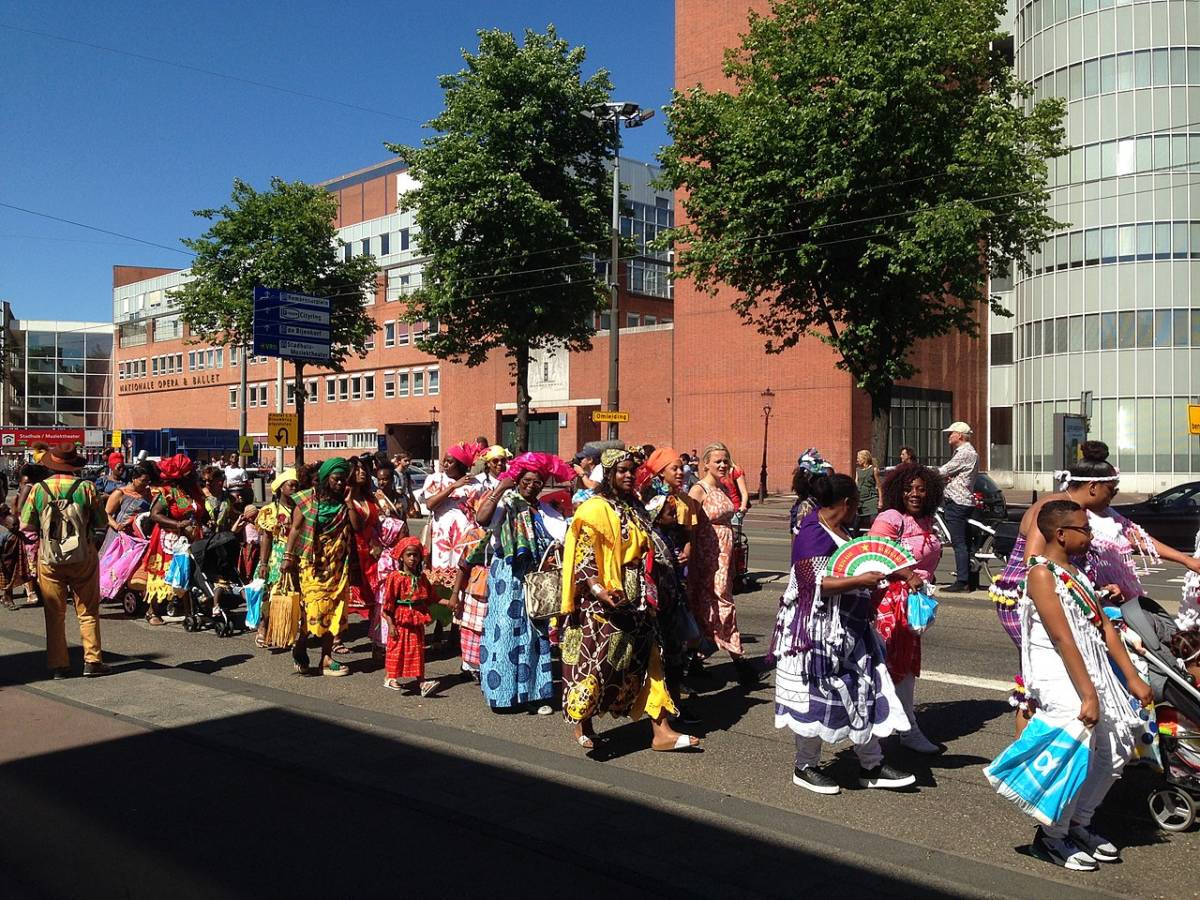 Streets in Amsterdam’s new Centrumeiland district will be named after anti-slavery campaigners in the former colonies, mayor Femke Halsema has announced.

Halsema was speaking at Keti Koti, the annual commemoration of slavery in the former Dutch colonies, in the city’s Oosterpark on Monday.

The 27 streets will be named after historical figures including Indonesian feminist Maria Ulfah, the Surinamese activists Otto and Hermina Huiswoud and Curaçao writer Frank Martinus Arion.

Keti Koti has been held annually since 1993 on July 1 to mark the formal abolition of slavery in Surinam on that date in 1863.

It formalised a tradition that began in the centenary year of 1963, when a small group of Surinamese migrants marched through the streets of Amsterdam carrying banners with the slogan ‘Ketie Kotie fri moe de’ (‘The chains are broken, we must be free’).

Halsema and social affairs minister Wouter Koolmees were among the speakers at this year’s ceremony, which was attended by the ministers plenipotentiary of Curacao, Aruba and Sint-Maarten and the ambassadors of Surinam, Ghana and South Africa.

Koolmees said it was ‘difficult’ to find ‘words that do justice to the past,’ adding that the pain was exacerbated by denial and indifference. ‘We can only move forward as a society once we share the same feelings and understand each other properly,’ he said.

The movement to mark the event gathered momentum after Surinam gained independence in 1975, triggering a wave of migration that led to 40,000 people arriving in the Netherlands.

As well as organising the annual Keti Koti festival, Amsterdam erected a monument to the victims of slavery in 2002, a precedent which other towns and cities have since followed.

Last week the city council voted to issue a formal apology at next year’s Keti Koti for its role in the slave trade, which academics say accounted for around 5% of the Netherlands’ GDP in the late 18th century.

Alderman for diversity, Rutger Groot Wassink, said more detailed research was needed into the part slavery played in Amsterdam’s history. ‘If you’re going to apologise, you need to know exactly what for,’ he said.

The king and queen attended the event for the first time in 2013, a few weeks after Willem-Alexander acceded to the throne. This year the government pledged to spend €1 million a year on a national museum facility dedicated to the history of slavery.