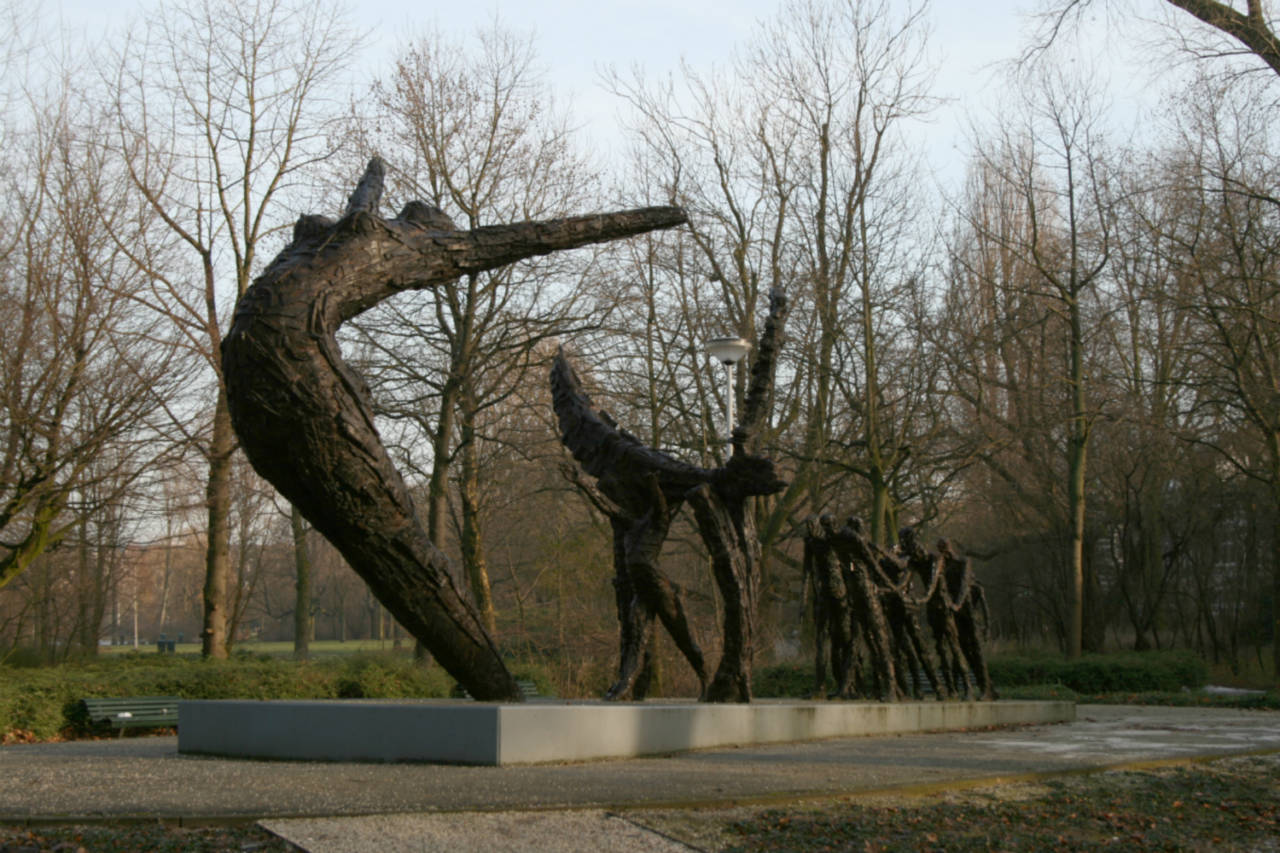 The monument to slavery in Amsterdam’s Oosterpark. Photo: Wikimedia Commons

At its height in the 1770s, slavery generated over 10% of the gross domestic product of Holland, the richest of the seven Dutch provinces which made up the republic, according to social history researchers.

The income from the tobacco trade, sugar processing and shipbuilding was boosted by the use of slave labour used to grow crops on plantations, Pepijn Brandon and Ulbe Bosma of the International Institute for Social History say. Other professions, such as notaries and bankers, also benefited from slavery.

As a whole, slavery generated some 5.2% of the Netherlands’ GDP. Although 5% may not seem much, just 6.2% of Dutch GDP is currently generated by Rotterdam port, one of the biggest ports in the world, Brandon said.

In total, some 19% of the goods traded by the Dutch in the 1770s were grown by slaves. This, Brandon said, is the equivalent of 120,000 years of work. ‘When you consider the working population of the Netherlands then was about one million, then you can see what an enormous proportion we are talking about.’

Earlier this week it emerged that Amsterdam is likely to be the first Dutch city to formally apologise for its role in the slave trade after a majority of councillors backed the move.

Seven parties holding 31 of the 45 council seats voted on Monday to offer the city’s apologies at next year’s Keti Koti, the annual commemoration of slavery, on July 1.