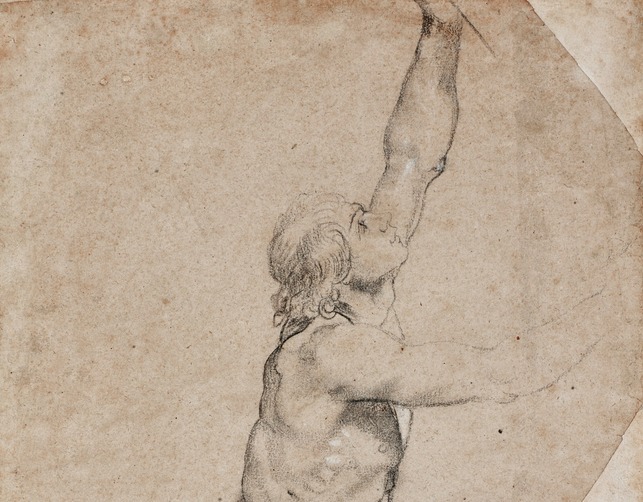 Sotheby’s in London and New York have been commissioned by a member of the Dutch royal family to sell a number of works of art from the collection of King William II of the Netherlands (1792-1849).

William and his Russian wife Anna Pavlovna together assembled a huge collections of paintings and drawings including works by Michelangelo, Raphael, Leonardo da Vinci, Rubens and Rembrandt.

The most important object of the sale, which comprises drawings, Chinese porcelain, tableware and silver is a drawing by Peter Paul Rubens of a young man, a preliminary study for an altar piece in the cathedral of Our Lady in Antwerp.

According to the catalogue the drawing is ‘property of a princess’. It reportedly graced the wall of the New York apartment of princess Christina, former queen Beatrix’ youngest sister, in the 1980s.

State information service AVD did not want to comment on the identity of the royal in question who stands to gain up to €3.5m from the sale on January 30, the NRC writes.

It is not the first time art from the William II collection has come up for sale. In 1850 following the king’s death, dozens of drawings by Raphael, Michelangelo and Leonardo da Vinci were sold along with 192 painting by old masters, including five by Rembrandt. The king had wanted the collection to become public property but the proposal was voted down by parliament.

Prince Bernard, husband of Juliana, sold two more paintings in 1988, ostensibly to give the proceeds to the World Wildlife Fund of which he was president but which were later found to have been spent on a ‘private project’, the paper said.

In 2012, the Atlas Munnicks van Cleeff, a folder containing 1,200 17th and 18th century drawings of Utrecht was sold to businessman John Fentener van Vlissingen while in 2013 the royal family sold a painting by Javanese artist Raden Saleh.

Those sales, which only came to light in 2016 because the royals had asked for anonymity, proved controversial because the works had not been offered to Dutch museums first.

The AVD said the owners of private collections are free to auction off the works. The service says the works were left to the anonymous member of the royal family by princess Juliana.