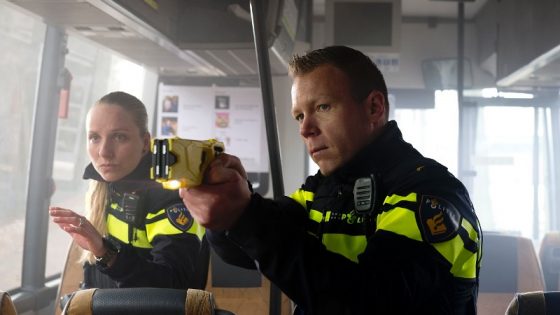 Dutch police have been criticised after using a Taser on a 73-year-old man with dementia, in breach of protocol, reports the NOS on Friday.

It is believed to be the first time that such a device has been used inside a nursing institute in the Netherlands, and has led to criticism from Amnesty International, parliamentary concern and an external investigation.

A GroenLinks proposal at the end of last year should have meant that Tasers could not be used in psychiatric institutions. Police have admitted the action was not in line with policy but said the officer was doing his best in the situation.

The incident occurred last weekend when staff at a Rotterdam nursing incident called the emergency services as a patient was becoming aggressive.

A police officer failed to calm him down with a ‘low-profile approach’, said police in a press release, and used the Taser because pepper spray was not considered appropriate.

The man had damaged a television and flower pot and was trying to break a window with a piece of metal, and bleeding from both hands.

A spokesperson from Amnesty International told broadcaster NOS: ‘The fact that another agent could catch him immediately after using a Taser shows that he wasn’t so dangerous that they couldn’t get close to him.’