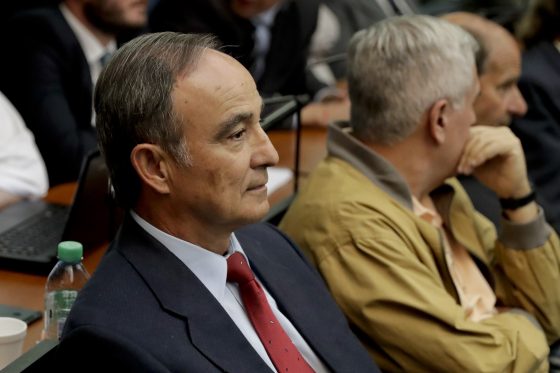 A Dutch Argentine pilot who was deported to Argentina to face charges of helping to kill opponents of the military junta, has been found not guilty by a court in Buenos Aires.

Julio Poch had always denied involvement in death flights, in which opponents of the regime were drugged and thrown from planes. He was one of 54 suspects on trial in the longest running criminal process in Argentina.

Poch, 65, who has Dutch and Argentine nationality, was arrested in Spain in September 2009 while about to make his final flight for Transavia, where he had worked since 2003.

Poch is alleged to have told several Transavia pilots about the death flights, saying ‘we threw them from planes’. Those claims were the basis for his arrest and deportation.

‘I am very pleased to have been found not guilty,’ Poch said in a statement via his lawyer Geert-Jan Knoops. ‘Of course I knew what was happening during the Argentine dictatorship and that it was terrible. My thoughts are with the families of the victims. There are no winners in this process and I do not consider myself one.’

Knoops said: ‘His life has been ruined and the damage done to him can never be repaired.’ Knoops told the Telegraaf  Poch may want to spend a few more days in Argentina before returning to the Netherlands.