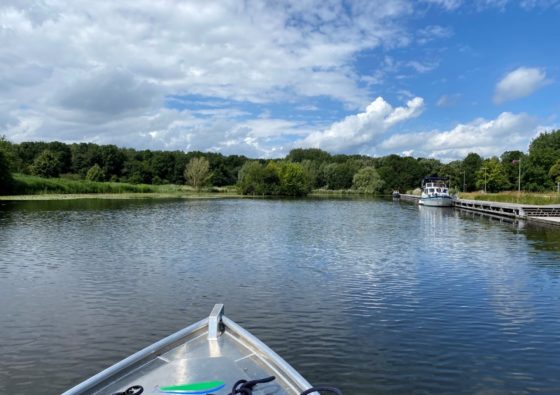 Host to top-name beach festivals, herds of wild horses and the Floriade garden festival, the Netherlands’ newest province is easing itself onto the tourist map. With a fascinating creation story and acres of lush nature that belie its young age, Flevoland is well worth a visit.

The treacherous coastline of the Zuiderzee, with its many hidden sandbanks, was once the world’s largest gravesite for shipwrecks, devastating crops and forcing mass evacuations.

When a flood disaster in 1916 claimed 50 lives, an idea mooted by Water Management engineer Cornelis Lely 25 years earlier was finally set in motion: dykes would calm the waters by closing off the North Sea and polders would create a new land mass, known since 1986 as Flevoland, the Netherlands’s 12th province and the largest man-made island in the world.

As tourism overwhelms Amsterdam, the Netherlands is extolling the charms of its newest neighbour, marketed as New Land. It might be young, but there’s already lots to take in. Tulip fields, beaches and national parks offer tranquil escapes, while design enthusiasts will find plenty to enjoy in a province that has become a testing ground for innovative urban planning.

And – perhaps surprisingly – there’s history too. 7000 year-old settlements stood here before they were washed away, and when the land was drained, remnants of past ages, from skeletons to shipwrecks, revealed themselves once again. 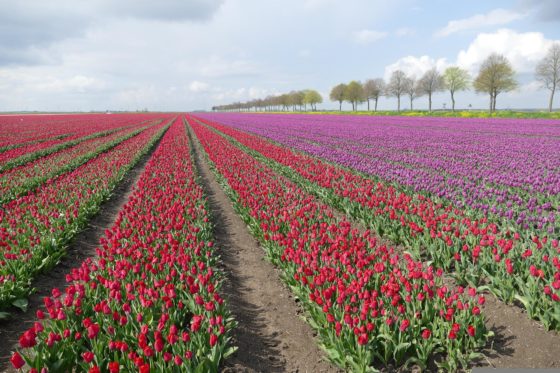 Flevoland has the longest tulip trail in the Netherlands. Photo: Pixabay

Dive into a watery history

The Batavialand museum in Lelystad, the region’s capital, is a great starting point for a trip to Flevoland and is full of interesting artefacts discovered during the province’s creation. To appreciate the historic significance of the founding of Flevoland, begin with the Flevowand, a 60m-long tapestry which took 14 years to embroider, and which narrates (with accompanying English texts) the region’s 7000-year journey from land, to sea, and back to land again.

Children will enjoy the Watertheater, a hands-on exploration of water management, and they can learn more about the seafaring history of the Dutch on the imposing Batavia, a replica 17th century East India Company ship moored behind the museum buildings. 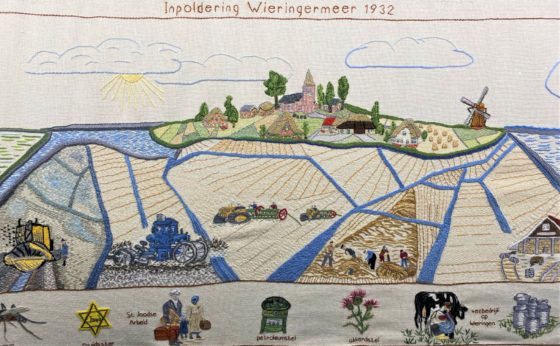 Immerse yourself in nature

While you’re in Lelystad, rent bikes and head south-east of the city to explore the Oostvaardersplassen, a vast landscape of lakes and grassland that is home to huge herds of Konik horses and red deer and was the subject of the celebrated film, De Nieuwe Wildernis (2013).

If it’s spring, make time to head up to the flower fields of the Noord-Oost Polder, where (from mid-April to early May) you can travel along the longest tulip route in the Netherlands or stop off at a Pluktuin and pick your own bouquet.

But the highlight of a trip to Flevoland is surely the Marker Wadden, a group of five exceptional islands accessible only by boat, and a haven for birdwatchers and walkers. In around half an hour, a local boat service (€25.50 pp) – or for a more exhilarating ride, the Lelystad Rib Experience (€525 for groups of up to 10) – can transport you from the mainland to a sandy paradise carpeted in flowers where an experiment is taking place in off-grid living. If you plan well ahead, you can try it out for yourself by staying in one of four eco houses scattered among the dunes. Private boats must pay harbour fees. 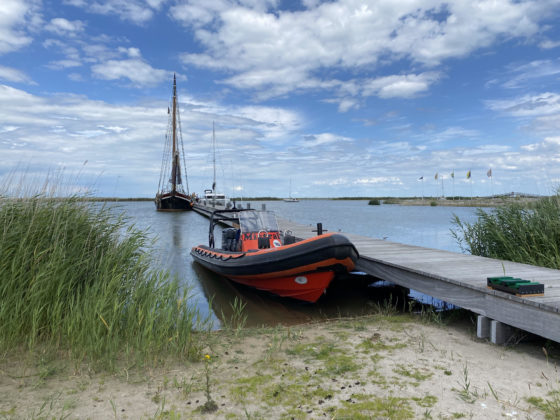 Masterminded by architects Rem Koolhaas and Floris Alkemede, Almere’s colourful, multi-layered city centre is worth a visit if you are fond of modern buildings, particularly with a guided tour of its architecture. Look out for the curvy-fronted The Wave by René van Zuuk on the Weerwater harbour and Christian De Portzamparc’s grass-topped Citadel which encases the main shopping precinct. Or head north of the centre to De Realiteit to see what happened when 17 winners of an architectural design competition were allowed to make their drawings reality.

Almost half of Almere’s 249 square kilometres are water, so to really explore the city it’s worth hiring a boat. Cruise from the Weerwater Lake and up into the Noorderplassen and take in the striking architecture along the way before retreating to the peaceful nature reserve just beyond it. 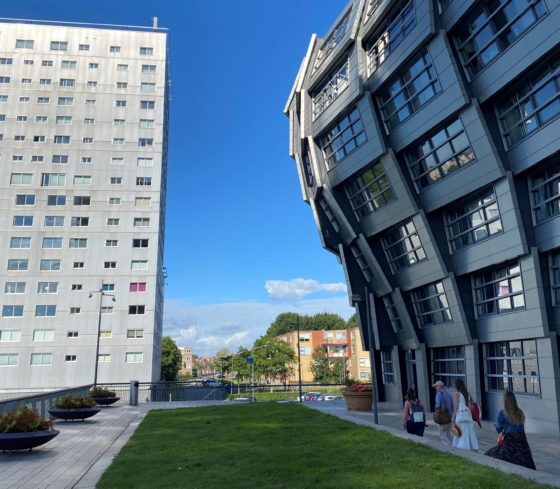 If you’re touring the province by car or bike, look out for the giant artworks – nine on land and one in the water – adding drama to the predominantly flat landscape. Some, like Marinus Boezem’s Green Cathedral are literally part of the nature, while Antony Gormley’s Exposure, a colossal crouching figure whose parts were supplied by pylon makers, adds man’s presence to the land.

If you enjoy hunting down a bargain, the Batavia Stad Fashion Outlet, with its irresistible little awning-trimmed shops, offers a happy half-day’s entertainment just outside Lelystad. Designer and high street brands dominate, with a few interesting names thrown into the mix, such as Radley London (handbags and purses) and Villeroy & Boch tableware. 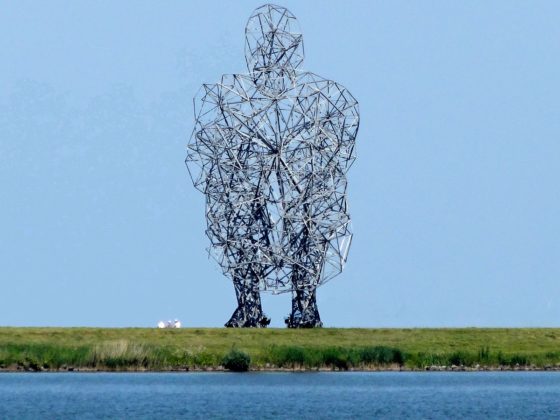 If you’re in Almere and it’s choice you’re after, head to the Belfortplein in the centre, where a host of international outlets (Greek, Caribbean, Japanese…) with pavement terraces are grouped around the square.

If a relaxed beach-front venue is more your thing, bag the swing chairs at Strand 22, which serves everything from krokketten to poke bowls; or head over to Almere Poort and check out the recently opened Zuyder, a chic wood-clad venture serving Mediterranean inspired food, and perfectly placed for an evening stroll on the Almeerder beach.

For a more rural location, grab lunch at the Hajé Restaurant Natuurpark in the heart of Lelystad’s nature reserve and get soup and a sandwich for €10 or simple kid-friendly options such as pancakes. Alternatively, for fresh, original dishes and bags of atmosphere, try Boerkok. Marrying rustic with chic, this former farm serves locally sourced produce, including wine from Flevoland, in a gigantic greenhouse surrounded by fields. 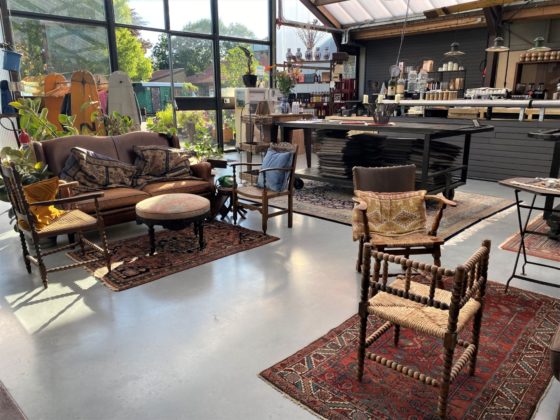 A lounge area in a corner of restaurant Boerkok. Photo: Deborah Nicholls-Lee

Almere is a practical base for exploring the region. The Leonardo Hotel Almere City Center offers light, stylish rooms on an attractive modern esplanade close to the beach from €107 per night.

For nature lovers, campsite De Kemphaan has a range of options, including a tepee, and a hammock comes in at just €15 a night. If that’s not adventurous enough, there’s a naturist campsite a little further down the coast. 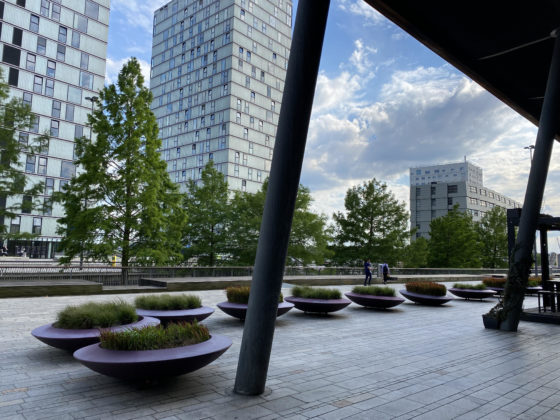 From Amsterdam, the Intercity train gets you to Almere in just 21 minutes. There’s plenty of parking for cars if you are driving. The VVV Almere Tourist Information Center rent out bikes for €12.50 or €25 (electric) per day.

At the time of writing, the Floriade garden show is still open in Almere itself, but visitor numbers have been disappointing. The show features some interesting exhibits on making cities more sustainable, but don’t expect jaw-dropping floral displays.

Beach life is a key part of the Flevoland way of life, so summer is the best time to get the most out of your visit.