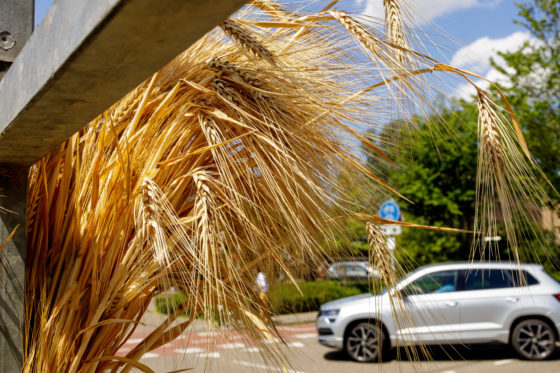 Farmers stepped up their protests this week, bringing two cows to The Hague to illustrate the effect of the government’s nitrogen reduction plans. One cow would go to the slaughterhouse today, the other would go back to the farm to be slaughtered later. Police described the hardliners’ approach as a threat to democracy as CDA MP Derk Boswijk was forced to stay home after his family was visited by a fleet of tractors. Hard-hitting tactics were also favoured by jewel thieves who raided the Tefaf art fair in Maastricht using a sledgehammer. It’s not just farmers who have an axe to grind: family doctors held a demonstration on the Malieveld to protest against long hours and bureaucracy. Mark Rutte breaks his silence on the farmers but says it’s the wrong time to apologise for the slave trade. And tennis player Tim van Rijthoven sets the grass on fire in a more positive way as he reaches the fourth round of Wimbledon.

Ophef of the week: Sale of Wappie eaterie Waku Waku leaves a bad taste in the mouth

Family doctors stage week of protests, no disruption to services

RIVM voices concern about risk of spreading monkeypox at Pride