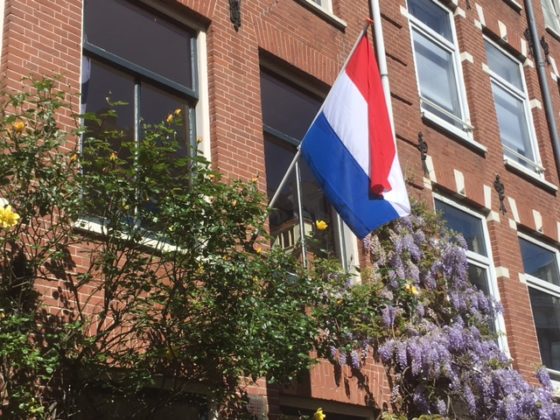 As the Netherlands celebrates 75 years since the end of World War II, here is a recap of some of our stories. They focus both on the specific Dutch experience, and on the experiences of those from elsewhere who were touched by it, however briefly.

‘They were proud of what they were doing’: A Dutch Holocaust survivor’s story
Henry Fenichel’s happy childhood in The Hague was destroyed by the Nazi occupation in 1940 and his subsequent deportation, as a Jew, to Bergen-Belsen. But his quick-thinking mother saw an opportunity for escape, and Fenichel – now 82 – survived to tell the story.

A suitcase full of secrets found in Amsterdam’s Jewish quarter
The discovery of a suitcase filled with photographs and paintings and hidden in a cupboard in an Amsterdam flat was the beginning of a story stretching back to 1920s Berlin.

Facing history: the images of US soldiers who died in WWII
More than 8,000 white marble crosses stretch like troops across the fields of a small village in the south of the Netherlands. These crosses mark the graves of 8,301 American soldiers who died in World War II while, nearby, the silent ‘walls of the missing’ list 1,722 more names whose bodies were never found.

A memorial in Friesland tells the human story of a WWII bomber crew
Two graves in Bergen op Zoom, a memorial at Soarremoarre and a handful of photographs are among the reminders of the pilots who risked their lives and dropped food parcels over the Netherlands during World War II

Hidden like Anne Frank: children who survived WWII tell their stories
Anne Frank and her diary are a symbol of the Holocaust, but many other children also went into hiding and some survived World War II. Here are some of their stories.

What happened here? Liberation Route Europe keeps World War II memories alive
Think of war memorials and you think of somewhere to lay flowers and remember the dead. But with many war veterans no longer with us, it’s becoming incumbent on us all to remember their sacrifices through shared stories. Many of these stories are literally just around the corner.

The Netherlands is still scarred by the traces of World War II
The war may have ended in 1945, but there are many traces of the conflict still visible in towns, villages and the countryside. This article takes in just a few of them.

World War II in Dutch literature and non fiction: 12 recommended books
A selection of books which focus on very specific Dutch experience during World War II, stories of everyday life, of great heroism and of tragedy.