On May 5, the Netherlands celebrates 75 years since the end of the Nazi occupation. Here is a selection of books which focus on very specific Dutch experience during World War II, stories of everyday life, of great heroism and of tragedy. 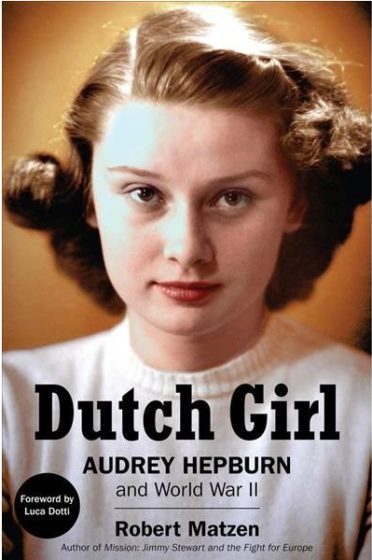 Dutch Girl: Audrey Hepburn and World War II
Several biographies have chronicled Audrey Hepburn’s stardom, but none has covered her intense experiences through five years of Nazi occupation in the Netherlands. According to her son, Luca Dotti, ‘The war made my mother who she was.’

Audrey Hepburn’s war included participation in the Dutch resistance, working as a doctor’s assistant during the ‘Bridge Too Far’ battle of Arnhem, the brutal execution of her uncle, and the ordeal of the Hunger Winter of 1944. The book also includes photographs from Audrey’s personal collection and are published here for the first time. Buy this book

Arnhem: the Battle for the Bridges, 1944
Operation Market Garden, the plan to end the war by capturing the bridges leading to the Lower Rhine and beyond, was a bold concept but the cost of failure was horrendous, above all for the Dutch who risked everything to help. German reprisals were cruel and lasted until the end of the war.

The British fascination for heroic failure has clouded the story of Arnhem in myths. Antony Beevor, using many overlooked and new sources from Dutch, British, American, Polish and German archives, has reconstructed the terrible reality of this epic clash. The book, written in gripping narrative style, is about much more than a single dramatic battle. It looks into the very heart of war. Buy this book

Etty Hillesum: An Interrupted Life and Letters from Westerbork
A collection of the diaries and letters of Etty Hillesum (1914-43) who lived in Amsterdam in the shadow of the Holocaust. Her diaries record the increasing anti-Jewish measures imposed by the occupying German army, and the growing uncertainty about the fate of fellow Jews who had been deported by them. In 1943 she was deported and killed in Auschwitz. Buy this book

The Hunger Winter: Occupied Holland, 1944-1945
Germany invaded the Netherlands in the spring of 1940. In the winter of 1944-45, when other parts of Europe were being liberated, the Dutch seemed forsaken by the Allies, who bypassed the Netherlands on their drive to Berlin. This book recounts the last winter of the war, and the death of 18,000 civilians due to severe food and fuel shortages. Buy this book 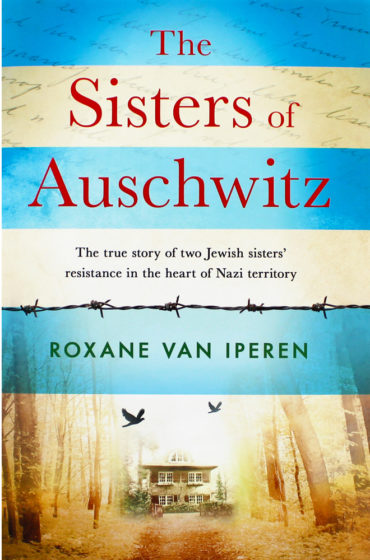 The Sisters of Auschwitz
As children Jewish sisters Janny and Lien Brilleslijper lived an ordinary childhood in Amsterdam. As young women, they ran one of the largest Jewish hideaways in the Netherlands – The High Nest, a villa in the Gooi area – until they were betrayed by a neighbour and put on one of the last transports to Auschwitz.

Roxane van Iperen stumbled across the house’s history while restoring it with her husband and felt compelled to put the story to paper. The result is a vivid and gripping book, thanks in part to the fact Van Iperen was also given access to the personal, unpublished memoirs Janny Brilleslijper wrote for their close friends and family members. Buy this book

The Diary of a Young Girl (Anne Frank’s Diary)
No collection of books about the Netherlands and World War II would be complete without The Diary of a Young Girl, which is now sold in over 70 languages. What makes Anne’s diary particularly resonant is the real voice of an ordinary teenager in an extraordinary situation. At the end of the book, when Anne writes that the family has been betrayed and she knows that there is no hope left, one has an acute sense of the needless loss of such enormous potential. Buy this book

Winter in Wartime
Jan Terlouw’s award-winning children’s classic about the horrors and dilemmas of war. Sixteen-year-old Michiel takes care of a wounded British pilot in the Netherlands during World War II. He joins the secret struggle against the Nazis, working to end the occupation and protect those in danger from it, knowing all the time that spies are everywhere and one wrong word could cost him his life. Buy this book 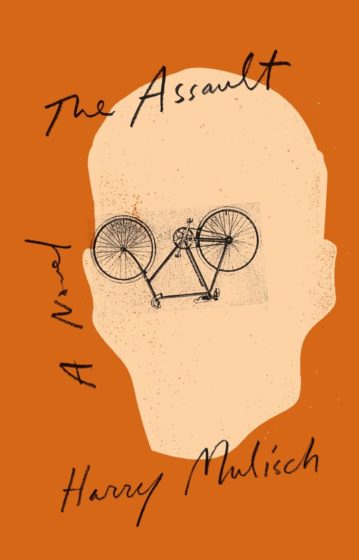 The Assault ( De aanslag )
A novel that probes moral devastation following a Nazi retaliation in a Dutch town, Harry Mulisch’s The Assault is set in the last dark days of the war in occupied Holland. A Nazi collaborator, infamous for his cruelty, is assassinated as he rides on his bicycle. The Germans retaliate by slaughtering an innocent family: only the youngest son, twelve-year-old Anton, survives.

The Assault traces the complex repercussions of this nightmarish event on Anton’s life. Determined not to forget, he opts for a carefully normal existence—a prudent marriage, a successful career, and colorless passivity. But the past keeps breaking through, in relentless memories and in chance encounters with the other actors in the drama, until Anton finally learns what really happened that night in 1945, and why. Buy this book

Ashes in the Wind
Beginning in 1940, 110,000 Jews were deported from the Netherlands to concentration camps. Of those, fewer than 6000 returned. ‘Ashes in the Wind’ is a monumental history of the Jewish victims of the Holocaust, and a detailed and moving description of how the Nazi party first discriminated against Jews. Buy this book

Passing on the Comfort: The War, the Quilts, and the Women Who Made a Difference
During the war, a young Dutch Mennonite woman, An Keuning-Tichelaar, and her husband, Herman, were active in the non-violent resistance to the Nazi Germany occupation of the Netherlands and sheltered many people in their home, including Jewish refugees, members of the resistance and injured civilians. After the war they opened their home to Mennonite refugees who had fled Russia.

This book pieces together the wonderful stories of An and the Dutch Mennonites with the story of Lynn Kaplanian-Buller, who rediscovered the quilts years later, the story of Russian Mennonites in search of a new home after the war and the commitment of Mennonite Central Committee and the North Americans to provide relief, comfort and hope. Buy this book 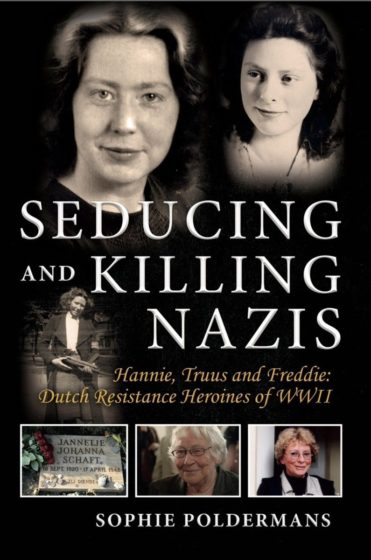 Seducing and Killing Nazis: Hannie, Truus and Freddie
This is the true story of three teenage Dutch girls, Hannie Schaft and sisters Truus and Freddie Oversteegen. When Nazi Germany invaded the Netherlands  these girls, then aged 18, 16 and 13, took up arms against the enemy, including by seducing high-ranking Nazi officers, luring them into the woods and killing them.

‘These women never saw themselves as heroines,’ writes the book’s author Sophie Poldermans. ‘They were extremely dedicated and believed they had no other option but to join the resistance. They never regretted what they did during the war.’ Truus and Freddie Oversteegen survived the war and died when in their 90s, but Hannie Schaft was executed by the Nazis three weeks before the end. The girl with the red hair has since become the icon of female Dutch resistance. Buy this book

The Cut out Girl: a Story of War and Family, Lost and Found
Bas van Es traces the story of little Lien, who was given away by her Jewish parents in the hope she might be saved.  Hidden and raised by a foster family in Amsterdam during the Nazi occupation, she survived the war only to find that her real parents had not. Much later, she fell out with her foster family, and Bart van Es – the grandson of Lien’s foster parents – knew he needed to find out why. Buy this book

This list was compiled by the team at the American Book Center and all the books can be ordered directly from ABC online. Support your local bookstore.

DutchNews.nl is marking the anniversary of the end of World War II in the Netherlands with a short series of articles. Next Monday (April 13), Dutchman Henry Fenichel who survived Bergen-Belsen as a child, talks about his experiences.