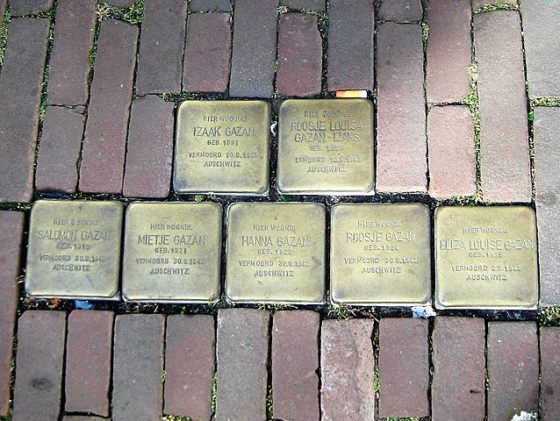 The Netherlands celebrates 75 years since the end of World War II in May, although this year’s celebrations have been virtually cancelled, due to coronavirus. The war may have ended in 1945, but there are many traces of the conflict still visible in towns, villages and the countryside. Here are just a few of them:

Stumbling stones
The Stolpersteine or stumbling stones project was launched by German artist Gunter Deming in 1992 and aims to commemorate individuals at the place they lived before they fell victim to the Nazi terror.

You will find concrete blocks, topped by a brass plaque, embedded into pavements all over the country. The first Dutch town to place the stones was Borne, but there are now thousands all over the country, including Amsterdam, The Hague, Rotterdam, Hilversum, Goude, Eindhoven and Oss.

The Atlantic Wall
If you ever wander along the Dutch coast, you may have come across partly hidden concrete structures – the remains of the network of bunkers built during World War II.

The Atlantic Wall was a series of coastal fortifications stretching from the Franco-Spanish border to the northern tip of Norway. Building started in 1942 – some 15,000 structures were planned (14,000 were built), to be manned by 300,000 troops – after Hitler failed to conquer Britain and feared an Allied invasion might be on the horizon. 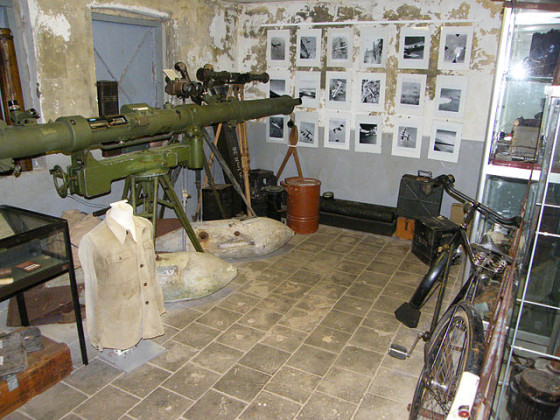 Inside the IJmuiden bunker museum. Photo: Starduck1962 via Wikimedia Commons

Many of the remaining bunkers lie buried under sand, or are located on private property. There are some you can visit, including Command bunker 608, with its original communications equipment in The Hague and the Bunker Museum in IJmuiden which is located in a complex of six bunkers (and run by dedicated volunteers).

Terschelling also has a bunker museum which centres on the Tiger radar base – one of dozens of Nazi radar bases which covered Europe. 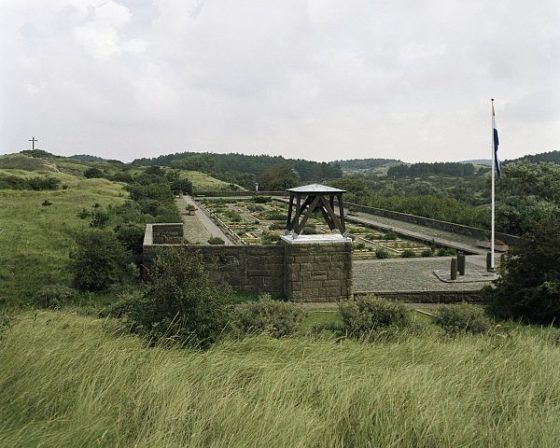 Follow the dune walks and you will come across the marble stones dotted around the valleys. Hundreds of members of the Resistance were shot here and 320 have been buried in the Cemetery of Honour, including Hannie Schaaft, or ‘the girl with the red hair’, which you pass by car or bike on your way to the beach.

A cycle route in Friesland
A new, 33 kilometre cycle route in the north east of Friesland will take you around bunkers and other sites which were key in the air battle which took place over the province. ‘Many people are unaware that there was such a fierce battle above the Wadden Sea area, and all they see are the bunkers and the graveyards,’ said Mark van den Anker of the VisitWadden organisation. ‘We want to put it in perspective.’

The route starts and finshes at the Seedykstertoer in Marrum, which is also home to a small, amateur museum.

Mussert’s Wall
A wall on private land near the town of Ede is all that remains of a rally ground used by the  Dutch Nazi party led by Anton Mussert and was given national monument status in 2018 after a long fight to stop it being demolished. 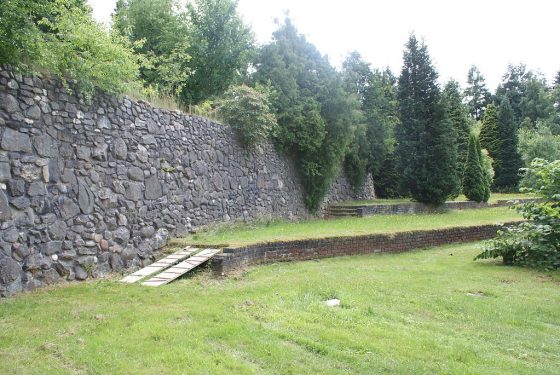 Opinion about keeping the wall are divided. While many feel the wall is part of Dutch history and a reminder of dark times, others think the wall may attract neo-Nazis.  Plans to build a museum underneath the wall are in the pipeline.

The Liberation Route
The Liberation Route Europe project is a continuously growing, international remembrance trail, connecting important milestones from the end of World War II and linking the main regions along the advance of the Western Allied Forces.

In the Netherlands, you can follow the route through Drenthe, Gelderland, North Brabant, Limburg, Zeeland and Overijssel. Each site has a multimedia facility, so passers-by can hear a brief description in several languages of what happened on or near that spot.

The website too is packed with photos, soundbites and maps, so you can follow the route from your own home as well.

A museum dedicated to freedom
Currently closed because of coronavirus, if you want a more tangible approach to the end of the war, the Freedom Museum in Groesbeek on the outskirts of Nijmegen is well worth a visit.  The museum is housed in a space-age dome in the middle of the rolling local landscape, where thousands died in battle during Operation Market Garden and offers a vivid and engrossing look at the story of war and the concept of freedom.

The approach is multi-faceted and World War II is looked at from the different perspectives of everyone involved – from children, to German soldiers. The exhibition also asks its visitors to make choices – what would you do if you were offered money to betray the Jewish family you knew were hiding next door?

Virtual remembrance
To commemorate the dead of World War II in the Netherlands, you can also lay a virtual flower at one of the 3,900 war memorials nationwide.