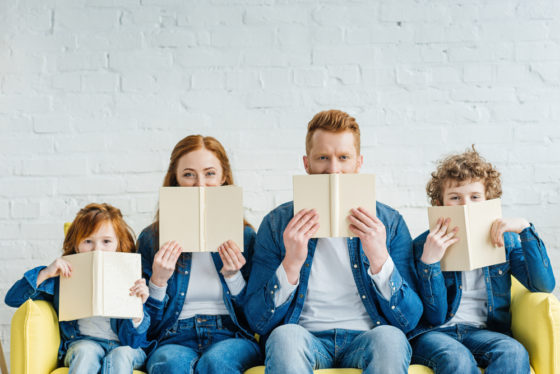 Sinterklaas and Christmas are fast approaching, and what better gift than a book?  Here are our recommendations for the best buys, including some suggestions for those of you whose bookshelves may already be groaning with books about the Netherlands.

Order a book marked with an asterisk and you will get a 10% discount, courtesy of Holland Books, if you use this code: DNHB1119

1 New to the Netherlands and still finding your feet?

How to be Dutch – The Quiz*
A familiar face to many expats in the Netherlands, Greg Shapiro is an American comedian, writer, television presenter, vlogger and collector of Dutch peculiarities. As a resident of the Netherlands for over two decades, Shapiro has had ample opportunities to expand his collection of cultural idiosyncrasies, considered ‘normal’ by the Dutch and ‘absurd’ by everyone else. Test your knowledge of them with this book.  Buy this book

2 An old hand at that Dutch life?

Why the Dutch are Different
Why the Dutch are Different provides the answers to all the questions you might have had but didn’t dare ask in your quest to understand what was going on around you in the Netherlands. Ben Coates is the Englishman brave enough to venture into the midst of the Dutch people, ask the questions, do the research, drink the cheap cocktails and wear the tiger outfit to Carnival. Buy this book

Murder in Amsterdam
On 2 November 2004, Dutch film-maker Theo van Gogh was shot in the stomach while cycling to work by a Moroccan Dutchman called Mohammed Bouyeri. A note full of radical Islamic rhetoric was pinned to his chest by a knife. This is Ian Buruma’s take on the murder, its impact on the Netherlands and its place in history. Buy this book

Judas
Judas is the story of Astrid Holleeder, a criminal lawyer who eventually decided to testify against her brother, the notorious Dutch gangland figure Willem Holleeder, one of the Heineken kidnappers who was sentenced to life in jail in July on six counts of murder. Released in 2016, the book is a gripping read, even for those without the knowledge of the Hollleeder history. Buy this book

3 Looking for some serious literature?

The Dinner
A classic of modern Dutch literature, and a best seller at both home and in the US, The Dinner by Herman Koch explores what families will do to protect their own while creating a dinner party of characters who are all detestable. The Dinner is a quick, uncomplicated and entertaining read – perfect for a holiday or lazy day on the sofa. Buy this book

The Evenings
Written by Dutch master Gerard Reve when he was just 24, The Evenings is considered to be essential reading by everyone we have ever spoken to about Dutch literature. The novel, which is darkly funny, is the story of ten evenings in Frits’s life at the end of December, as he drinks, smokes, sees friends, aimlessly wanders the gloomy city street and tries to make sense of the minutes, hours and days that stretch before him. Buy this book

Turkish Delight
When originally published in 1969, Jan Wolkers’ Turkish Delight was a sensation and a scandal. Its graphic language and explicit sex scenes had an explosive effect, but just as revolutionary was its frank, colloquial style. The more straightlaced critics condemned the book, but readers saw a novel that reflected the way that they spoke, thought, and felt. The book remains a staple of every high school reading list. Buy this book.

4 And some serious history?


Little Kingdom by the Sea
Since the late 1950s, Dutch flag carrier KLM has been giving little Delft blue and white pottery houses to its first class (now business class) passengers. The houses, actually little bottles containing jenever, or Dutch gin, are all based on real buildings and Little Kingdom by the Sea tells their stories. The English in this chunky little book is clunky at times, but the stories make it worth dipping into. Buy this book

The Embarrassment of Riches
In a brilliantly inventive work, bestselling author Simon Schama explores the enigma of 17th-century Holland, a nation that attained an unprecedented level of affluence, yet lived in constant dread of being corrupted by prosperity. In more than 700 pages, the book covers everything from Dutch child-rearing habits (perceived as bad by outsiders because the Dutch kissed their children goodnight) to political structures to historical events. Buy this book

A Brief Life of the City
Though it claims it’s a ‘brief’ history of Amsterdam, this Geert Mak classic takes 400 pages to cover the history of the city from the year 1,000 to the present. And every page is worth reading. What do a medieval shoe, Elsje Christiaens, Rembrandt van Rijn and the number 1,660 have in common? They all play a role in the development of Amsterdam. Buy this book

NLXL*
NLXL is possibly the biggest book about the Netherlands you have ever seen. The Netherlands might like to consider itself a small country – a kleine kikkerlandje, as the Dutch are so fond of saying – but this is one mighty big book. Karel Tomei’s NLXL weighs in at a whopping 3.5 kilos but is such a joy to look at that you will forget the weight on your knees. Buy this book

Atlas of Amsterdam
If you like big chunky books packed with illustrations and odd bits of information you can’t do better than the English language version of the Atlas of Amsterdam. This weighty tome contains over 250 pages of full colour maps, photographs and diagrams detailing the minutiae of Amsterdam, from the number of bikes to a map of Zorgvlied cemetary, from property values to a guide to the city in Rembrandt’s time. Buy this book.

There are heaps of Dutch children’s books which have been translated into English, which you can order from the American Book Center in Amsterdam or The Hague – and so support your local book store.

And if you want to encourage your kids to read Dutch, we do recommend a subscription to Donald Duck – which has the biggest circulation of any Dutch magazine, and is full of clever in-jokes for the parents as well.

The code is valid until December 29 and should be activated when you proceed to checkout and are asked if you have a coupon.