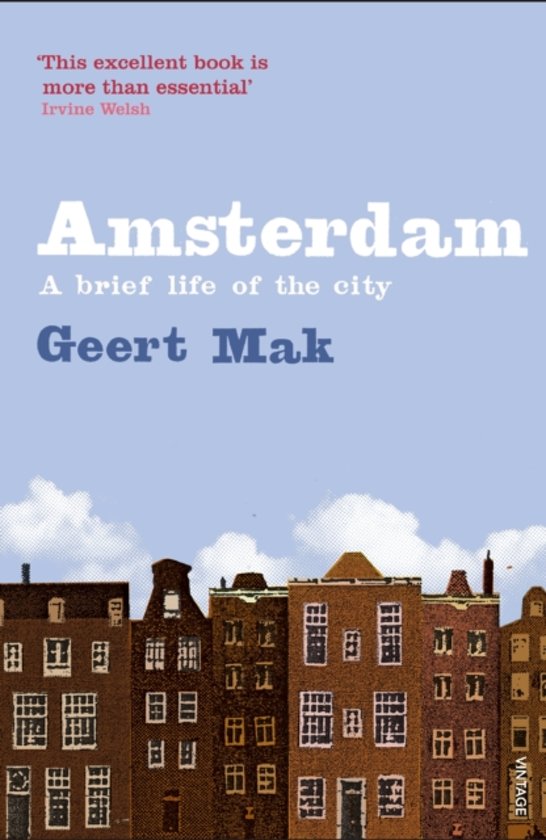 Though it claims it’s a ‘brief’ history of Amsterdam, this Geert Mak classic takes 400 pages to cover the history of the city from the year 1,000 to the present. And every page is worth reading.

What do a medieval shoe, Elsje Christiaens, Rembrandt van Rijn and the number 1,660 have in common? They all play a role in the development of Amsterdam.

Mak brings to life the history of the city with historical records, diaries, anecdotes and even police reports. (The 1,660 number refers to the number of citations the police in the city gave out for drunkenness in public in 1928) First published in 1995, the book has been re-printed several times and the most recent edition covers the murder of Theo van Gogh in 2004.

It begins with a medieval history of the city, in the year 1,000, taken from archeological records, some developments of which came during the recent construction of the city’s metro line. It moves forward through time, showing the development of village of merchants and sailors to a metropolis of national and worldwide importance.

Some stories are likely familiar to residents of the city such as Rembrandt van Rijn leaving his wife for a household servant or the Nazis rounding up Jews at the Hollandsche Schouwburg during World War II.

Others are less known. Mak includes excerpts from the diary of a priest who lived in the city during the famine of 1575. He also notes a (not totally confirmed) story of Rembrandt’s skull accidently being pulverised on television.

Amsterdam, a brief life of the city should be an essential in any Amsterdammer’s bookcase. It’s on the list of the Guardian’s Ten Best Books about Amsterdam, it’s an ABC Favorite and was described by De Telegraaf as a ‘readable, complete’ history of the city.

The author Geert Mak is a journalist who studied law before teaching at the University of Utrecht. He went on to work as an editor for De Groene Amsterdammer and the NRC. He has written over 10 books, mostly focusing on Dutch and European history.  In Europe, a combination of travel and historical book sold nearly half a million copies and was made into a successful TV documentary.

The book is translated by Philipp Blom, a novelist and historian who worked as a foreign correspondent for various German newspapers and magazines.