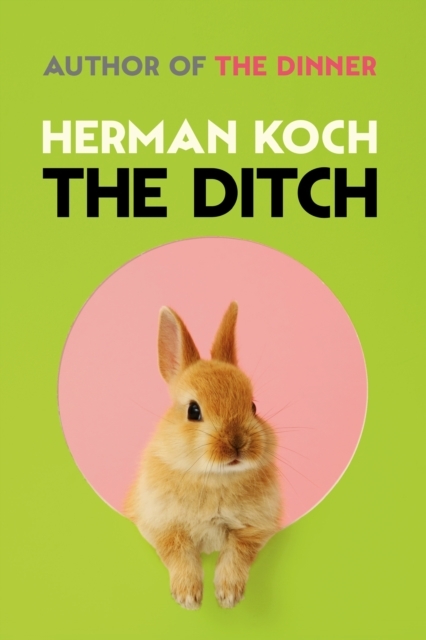 In his 11th novel, Dutch bestselling author Herman Koch skewers the polite racism and classism of Dutch society but fails to bring the plot to satisfaction.

The Ditch follows Robert Walter, the fictional mayor of Amsterdam, who at the outset of the novel becomes convinced his wife, who originates from an unnamed ‘southern’ country, is cheating on him with one of the city’s aldermen. Walter concludes this based on little more than a fleeting interaction, but the thought consumes him.

Like most of Koch’s work, The Ditch takes a penetrating look at the human condition, wrapped up in a plot full of suspense. His most famous work, The Dinner, also set in Amsterdam, explores how parents respond to their children’s ghastly behavior. Another work translated into English, Summer House With A Swimming Pool, follows a family where the parents make bad decisions and their child suffers the consequences.

The Ditch too, has characters who are complex and often unlikeable. The narrator is unreliable.

But unlike some of his other works, Koch is unable to wrangle the storyline into place. For the first half of the book, the reader is unsure whether Walter’s suspicions are merely insecurity or if his wife really is cheating on him.

But then there’s a missing cat, a pet rabbit (featured on the cover), the euthanasia wish of his parents, the resurfacing of an attack on a police officer from Walter’s protest days, and a convoluted story of how he met his wife. It strays much too far from the original premise and turns from a deep dive into jealously into a wild ride of unbelievable fantasy.

A shout out, however, to the translation. The Ditch is so seamless, you are almost unaware the book wasn’t penned originally in English. Sam Garrett, who describes the Dutch language as ‘shouting in a storm,’ has translated several of Koch’s other works, including his most famous, The Dinner. He also translated Dutch classic, The Evenings.

The English-language publication received mixed reviews from critics. The Guardian says Koch’s exploration of pathological jealousy is convincing, but the plot isn’t tight enough. The New York Times praises Koch’s ability to poke fun at the pretentiousness of the Dutch, but chides him for leaving so many questions unanswered.

You can buy The Ditch at the American Book Center.