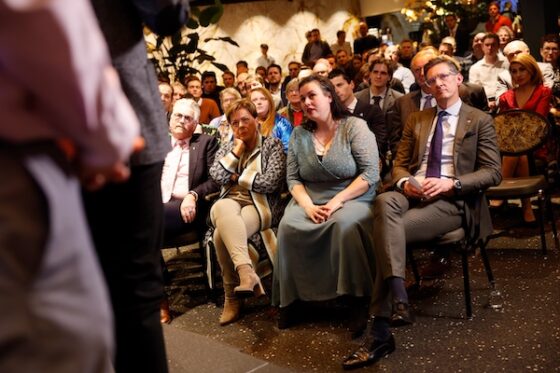 Far right party JA21 is aiming for between five and eight seats in the senate, so that the coalition will be forced to make deals with it to pass controversial legislation, leader Joost Eerdmans said at the launch of the party’s provincial election campaign.

‘We have to make sure that JA21 is so strong that [prime minister Mark] Rutte is in our hands, that he can no longer avoid us,’ Eerdmans said.

The provincial elections take place on March 15 and the results will determine the make up of the senate in May.

JA21, originally a spin off from Forum voor Democratie, presents itself as the reasonable alternative to the extreme standpoints of the anti-Islam PVV and the FvD, which has since embraced extreme right wing conspiracy theories.

‘We are a party which you can work with, we don’t just shout from the sidelines,’ Eerdmans said.

JA21 is fielding candidates in all 12 provinces. The main themes of its provincial campaign include an end to wind turbine development and more emphasis on nuclear energy, a freeze on asylum numbers, and more leeway for farmers and housing construction despite the nitrogen crisis.