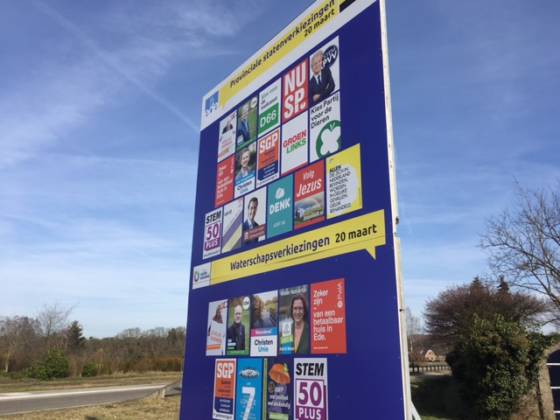 The Netherlands will go to the polls again on March 15, this time to elect members of the 12 provincial councils and the 21 regional water boards.

The provincial elections are of crucial importance to the coalition government, because the provinces determine the make up of the senate on May 30. The cabinet does not control a majority of the 75 seats, and that means it needs the support of opposition parties to pass controversial legislation.

Opinion polls suggest that three of the four coalition parties are set to perform extremely badly in the regions and that two right-wing alternatives, the pro farmers BBB and far right JA21, which split off from the extremist Forum voor Democratie, will both dominate the polls.

If that happens, it will make getting controversial legislation passed much more difficult without considerable compromise. Currently the coalition relies on the support of GroenLinks and Labour, but if the far right becomes the dominant block, ministers will face problems winning support for laws to slash nitrogen-based pollution, for example.

This, the NRC said in an analysis, means the three biggest coalition parties, all of which have been hard hit in the polls, are likely to sharpen their profiles in the next three months as campaigning kicks off.

Only Dutch nationals can vote in the provincial elections and they will pick a total of 570 new members for the 12 provincial councils.

This year, for the first time, Dutch nationals who live abroad will be able to vote for a special electoral college on March 15, which will also be able to vote in the senate elections, giving Dutch expats a say in the make up of the upper house.

Dutch expats must have registered their intention to take part by February 1.

By contrast, almost everyone living officially in the Netherlands is entitled to vote in water board elections, whether a student or long-term resident.

The role of the water boards dates back centuries and their job is literally to manage water in their territory, a task which includes maintaining dykes and sluice gates, ensuring that water levels remain constant and that waste water is properly purified.

Each water board has its own elected governing board which has 18 to 30 seats, and an executive board. The chairman, or mayor, is know as the dijkgraaf.

Every four years, people living within the water board’s territory elect the members of the ‘residents’ representatives on the governing board, who come from both political parties and local interest groups.

The board also includes representatives from the business, agricultural and environmental sectors, who are not elected, although their number is being reduced.

Climate change, biodiversity, subsidence caused by the water table becoming lower and salination in areas where it has been extremely dry are the main issues on the table.