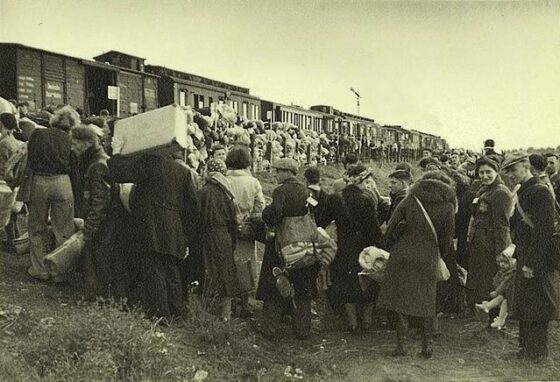 Some 12% of Dutch adults believe the Holocaust was a myth or that the number of Jews killed has been greatly exaggerated and a further 9% are unsure, according to a survey of some 2,000 people by an international organisation supporting Holocaust survivors.

The Claims Conference, which describes the findings as shocking and disturbing, says the figure is even higher among the under 40s, with 23% saying the Holocaust was a myth or the death toll was exaggerated.

More than half the respondents to the American organisation’s survey did not know six million Jews were murdered and 29% believe the death toll was below two million.

Read the full results, in English

The researchers also asked respondents if it is acceptable to support neo-Nazi views. Some 22% of the under-40s and 12% of the total survey respondents said it was.

More than 70% of the Netherlands’ Jewish population was deported to concentration camps. Nevertheless, 53% of all respondents and 60% of the under-40s did not cite their country as a place where the Holocaust took place.

In addition, 27% of those polled did not know Anne Frank died in a concentration camp.

‘Survey after survey, we continue to witness a decline in Holocaust knowledge and awareness. Equally disturbing is the trend towards Holocaust denial and distortion,’ Claims Conference president Gideon Taylor said in a press statement.

‘To address this trend, we must put a greater focus on Holocaust education in our schools globally. If we do not, denial will soon outweigh knowledge, and future generations will have no exposure to the critical lessons of the Holocaust.’

The survey did show that two-thirds of Dutch respondents agree that Holocaust education should be compulsory in school. And, 77% said it is important to continue to teach about the Holocaust, in part, so it does not happen again.

Trouw said the last similar survey in the Netherlands was carried out in 2018 and found that a third of the 1,500 teenagers questioned had no idea what the Holocaust actually meant.

Arnhem and Nijmegen hbo college lecturer Marc van Berkel told the paper that the decline in history lessons at schools may have had a role.

Dutch justice minister Dilan Yesilgöz described the survey’s findings as ‘shocking and extremely serious’. ‘We have a lot to do and it should be done quickly,’ she said on Twitter.