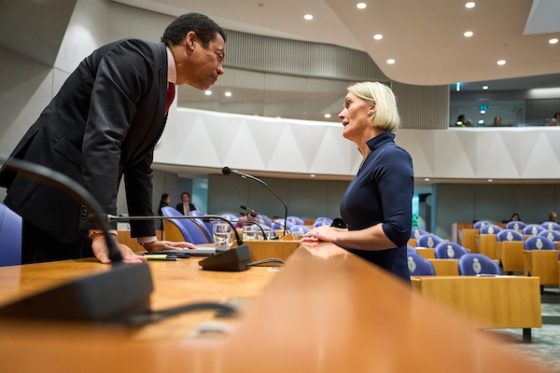 MPs from the ruling VVD criticised draft legislation allowing people to officially change sex without a declaration by experts during Tuesday’s parliamentary debate, and the bill’s backers now fear they cannot count on majority support.

In particular, the VVD, the biggest of the four coalition parties, had doubts about the need for change, especially the decision to allow 16 and 17-year-olds to amend the sex listed on their birth certificates.

‘Someone’s feelings will become legally more important, without that feeling being talked about,’ VVD MP Ulysse Elian said during the debate, pointing out that changing your name or divorce also currently requires a trip to court.

The draft bill, drawn up by the liberal democratic party D66 and supported by most of the left wing opposition, will given transgender people the right to change their sex to V (vrouw or woman) or M (man) but not X.

Far right and right wing parties oppose the change, as does coalition party ChristenUnie. The Christian Democrats have yet to decide and will make their position clear when the debate reopens on Wednesday.

ChristenUnie MP Mirjam Bikker said she was concerned that children would find themselves pushed into a corner. Teenagers, she said, are often uncertain and in search of their identity. That is ‘reason enough for caution’, she said.

Bikker also called for more research into why so many teenagers, particularly girls, are reportedly trying to change their sex.

The AD said on Tuesday that the number of people applying for psychological help relating to their gender rose 20% within a year and that 747 people are currently waiting for a sex change operation.