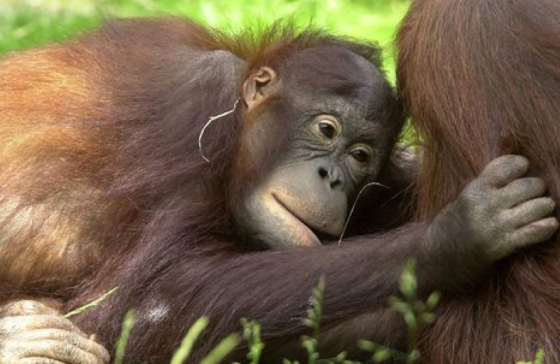 A Dutch  orangutan expert has been banned from entering Indonesia’s nature reserves for criticising the government’s conservation policy, the Volkskrant reported on Friday.

Erik Meijaard, who studied orangutans in Indonesia for 30 years, wrote an article in The Jakarta Post earlier this month in which he said environment and forestry minister Siti Nurbaya had painted too rosy a picture of the orangutan population,  backing up his allegation with a number of scientific articles.

On International Orangutan Day, on August 19, the minister had said populations were steadily growing and the orangutans are not under threat. Meijaard wrote that ‘the declines are real and they are well supported’, including by figures from the ministry itself.

Meijaard and the four other international scientists who co-signed the article were accused of discrediting the government and were told they are no longer welcome. Foreign scientists at work in the national parks will also be more closely monitored to ‘safeguard the objectivity of their results’, the paper quoted the minister as saying.

Meijaard, who relocated to neighouring Brunei in 2017, told the paper the Indonesian government is creating ‘an alternative reality’. Deforestation and unsustainable hunting is costing the lives of thousands of orangutans every year, he said.

Mijaard estimated there are now just 50,000 to 80,000 orangutans left, half the number of 15 years ago. The ape is on the WTF critically endangered list based on the observations of Meijaard and scientists like him.

‘I am worried about how this will end,’ he told the paper. ‘I myself no longer work in the parks but Indonesian NGOs and Indonesian scientists are now pulling out because they fear reprisals.’