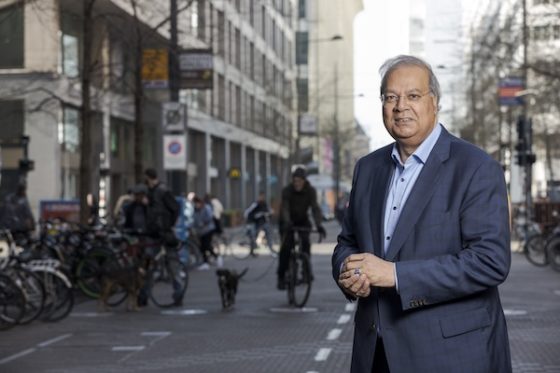 The Dutch government should apologise for its role in slavery and the descendants of enslaved people should be able to change their names free of charge, the Netherlands’ anti-discrimination coordinator has said in his first report.

Rabin Baldewsingh, appointed to the role in 2021 in a reaction to the Black Lives Matter campaign, also says the police should be allowed to wear religious symbols, such as a headscarf, and that a Rotterdam bylaw allowing people to be stopped from moving to certain parts of the city should be scrapped because it is discriminatory.

‘Too often in the Netherlands we think in terms of bureaucratic processes, but when it comes to racism and discrimination, it is so important to look at peoples’ experiences and how they process them,’ Baldewsingh says in the report.

Making Keti Koti, the annual celebrations which mark the end of slavery in the Netherlands, a public holiday every five years would also be an important signal to the descendants of slaves who ‘are still dealing with the impact’, Baldewsingh said. In addition ‘excuses help in healing,’ the coordinator said.

The Dutch central bank, ABN Amro bank and the cities of Rotterdam, Utrecht and Amsterdam have all apologised for their role in slavery, which was finally abolished in the former colonies of Suriname and the Dutch Antilles on July 1,1863.

The government has so far resisted calls to do so. Nevertheless, earlier this month, Bloomberg reported that the Dutch government is both planning to apologise for its role in slave trade and set up a fund for projects that aim to raise awareness about the legacy of slavery.

The government has also consistently opposed plans to allow police officers and council wardens to wear headscarves or other symbols of religion. Justice minister Dilan Yesilgöz in March restated this position, after several local authorities said they were considering allowing wardens to cover their heads.

However, says Baldewsingh, wearing religious symbols does not need to compromise the professionalism or neutrality of the police. ‘The idea that they would not be able to do their jobs without bias is both wrong and stigmatising,’ he said. ‘We are losing the opportunity to strengthen police numbers with a large group of women.’

Reports of discrimination and racism have increased in recent years and this ‘requires a tough approach to every form of exclusion,’ the coordinator said.

The report is based on recommendations from dozens of organisations and private individuals as well as 22 town hall sessions with members of the public.

The cabinet has agreed to allow people with names derived from their slavery roots to change them free of charge. More details will be published before the end of the year.